On paper, England have a better squad and record than Wales, the United States and Iran

A quick look at Group B implies that England should be the clear favourites to breeze through into the last 16 of the FIFA World Cup, and a possible three straight wins will allow Gareth Southgate's side to gain confidence ahead of the knockout rounds.

However, any England fan will tell you it's rarely as simple as that, with memories of their struggles in a group comprised of the United States, Algeria and Slovenia in 2010 coming to mind, and a look at other teams in the group also suggests things may not be as straightforward as they seem.

Here is a breakdown of the four teams in Group C

On paper, England have a better squad and record than Wales, the United States and Iran. They qualified for Qatar with no real problems and travel as the European Championship runners-up. Southgate will build his team around striker and captain Harry Kane, and midfielders Declan Rice and Jude Bellingham. 12 months ago, everyone would have said 'Harry Maguire' in defence, but Maguire's form has deserted him amid the chaos in Manchester United and defence looks to be England's Achilles heel.

One to watch: Jude Bellingham THE UNITED STATES OF AMERICA

The United States are a bit of an unknown quantity under coach Gregg Berhalter, who has tried to overhaul his squad to impose a high-pressing style, which also places emphasis on possession on his players.

Recent warm-up games (a defeat to Japan and a draw with Saudi Arabia) highlighted that the United States could have problems in central defence, while they also lack a top-quality centre-forward.

Nevertheless, players such as Christian Pulisic undoubtedly have star-quality and the team could depend much on how the Chelsea winger performs in Qatar. Pulisic impressed in 2018 as a free-running wide-man, but these days for his country, he tends to drop deeper to look for the ball from midfield.

One to watch: Weston McKennie Much could depend on the results of the opening match between the United States and Wales. The Welsh return to the big stage for the first time since 1958 and they will do so with hopes of getting out of the group after winning the play-offs against Austria and Ukraine.

Coach Robert Page has done an exceptional job since replacing Ryan Giggs, and the team spirit that he has helped in inspiring will be one of Wales' strongest assets in Qatar.

Page can count on plenty of talent, with Gareth Bale always likely to step up a gear in his national shirt, while others such as Aaron Ramsey, Joe Allen and Daniel James add plenty of experience and ability.

Expect Wales to play with three central defenders and with Connor Roberts and Neco Williams to work as wing-backs. Although the game against the United States is likely to be vital, the clash with England is likely to be 'blood and thunder' of the highest order where effort could just match talent.

One to watch: Daniel James 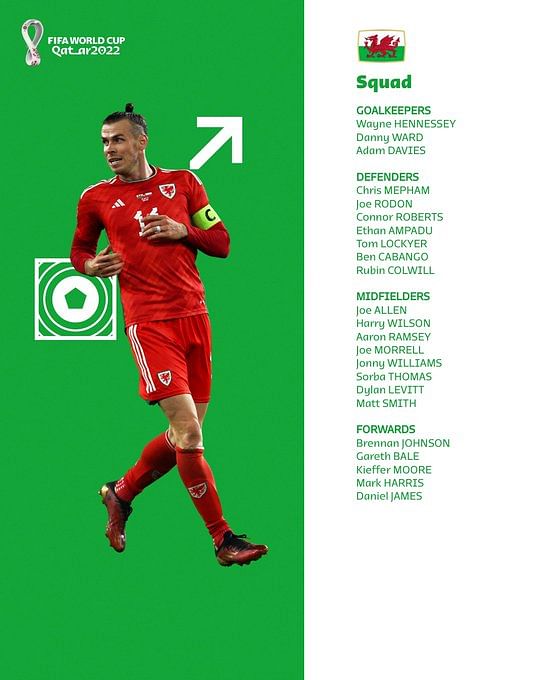 Carlos Queiroz is at the helm for a third time for Iran. Although his predecessor Dragan Skocic can count himself very unlucky to have lost his job after a good qualifying campaign, the Iranians couldn't ask for a more experienced man in the dugout than the Portuguese globetrotter.

Iran is one of the toughest sides in Asia and habitually reaches the World Cup finals, although they struggle to reach the knockout rounds. Queiroz will be looking to the experienced and versatile AEK Athens defender Ehsan Hajsafi to help steady his side, while others such as former Brighton winger Alireza Jahanbakhsh, now at Feyenoord, have excellent technical ability.

Striker Sardar Azmoun is another important player with his 52 goals in 79 appearances for Zenit Saint Petersburg, and the now Bayer Leverkusen forward can be expected to lead the line in Qatar.

One to watch: Mehdi Taremi 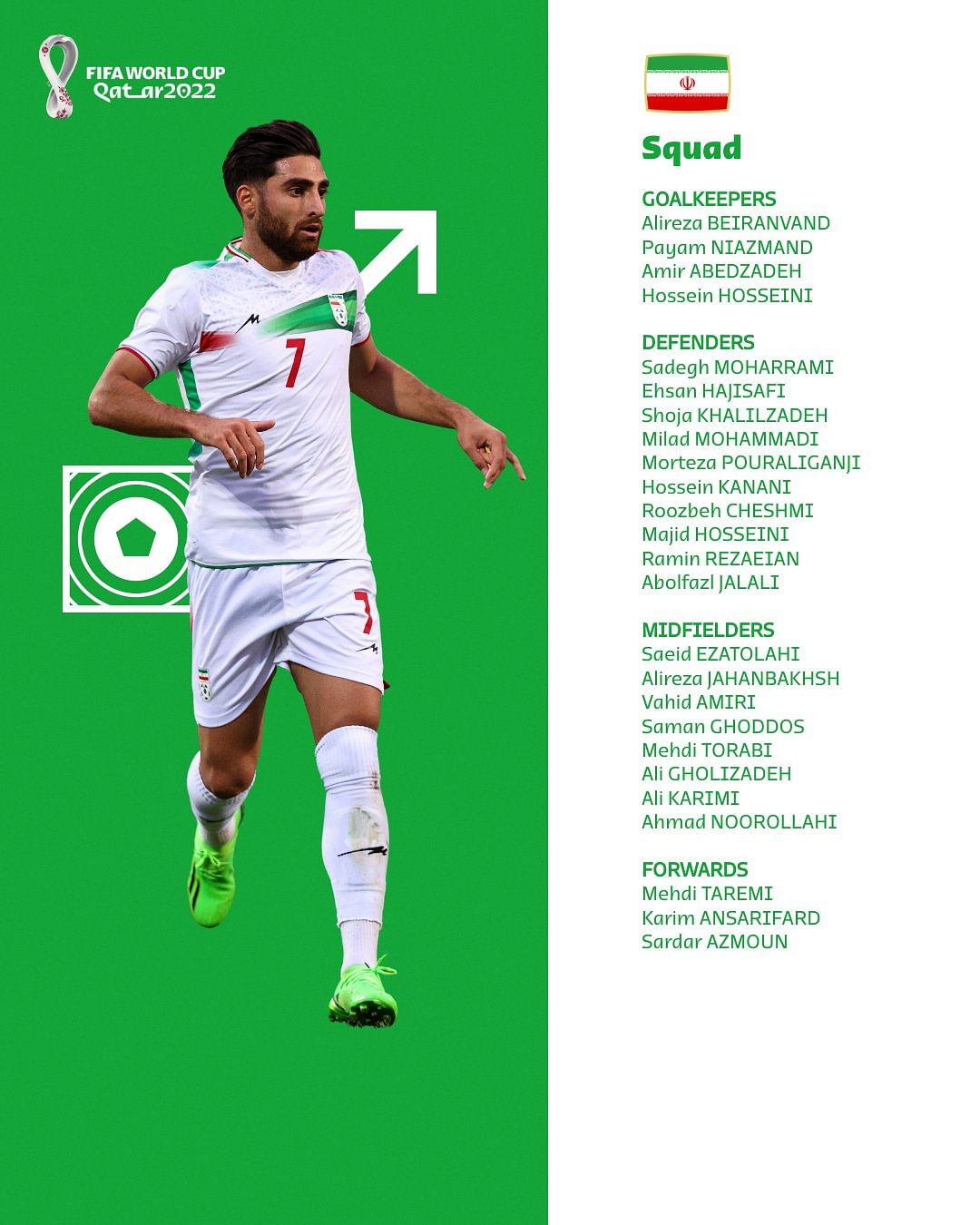 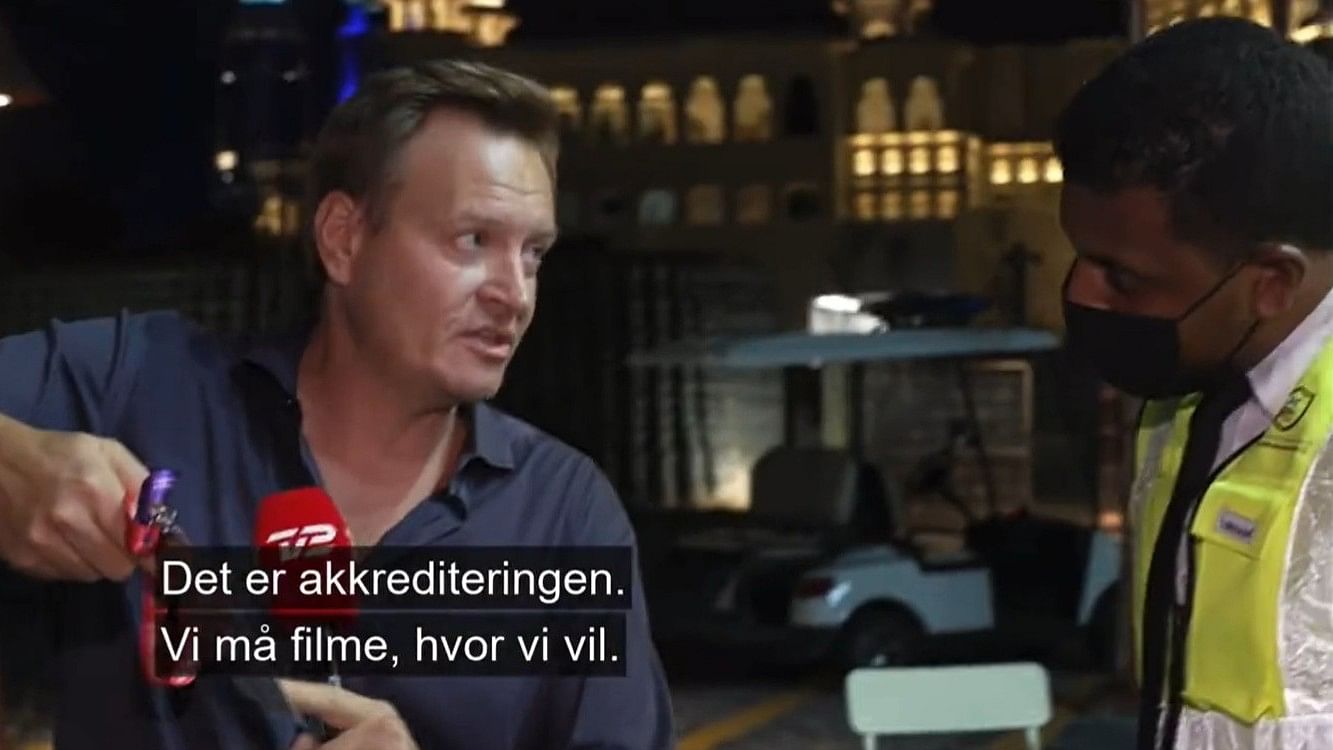