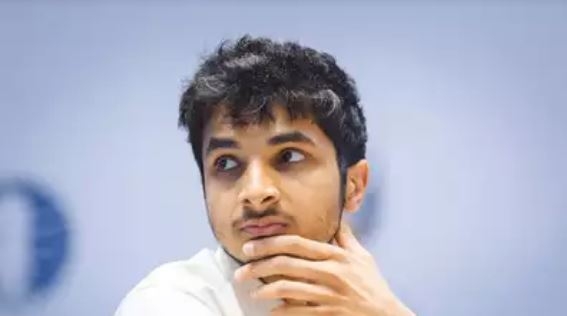 Sochi (Russia): Indian Grandmaster Vidit Gujrathi will face Jan-Krzysztof Duda in Wednesday's quarterfinals of the men's section in the FIDE chess World Cup here after the Poland star won his match in a tie-break on Tuesday.

While Gujrathi defeated Vasif Durarbayli 1.5-0.5 on Monday to seal his spot in the last eight, Duda came through 2.5-1.5 in the tie-break on Tuesday after the two-game mini-match against Alexander Grischuk (Russia) had ended in a 1-1 draw.

The Polish GM won the second game of the tie-break after the first had ended in a stalemate to book a date against the 26-year old Indian star.

"Ecstatic at qualifying for the quarter-finals of the World Cup. The journey has been good so far, not so smooth but a victory surely makes it worth rewarding," Gujrathi said of his performance so far.

"This has been my best World Cup performance so far and I am keeping it simple by taking one step at a time like the pieces on the board. Also, happy that I've finally booked a berth at the FIDE Grand Prix," he added.

Gujrathi has an ELO rating of 2726 as against the 23-year old Duda's 2729 and the quarterfinal clash promises to be an interesting and closely fought one.

Sergey Karjakin of Russia, a former world championship finalist, also advanced to the last-eight stage with a hard-fought win over Frenchman Maxime Vachier-Lagrave.