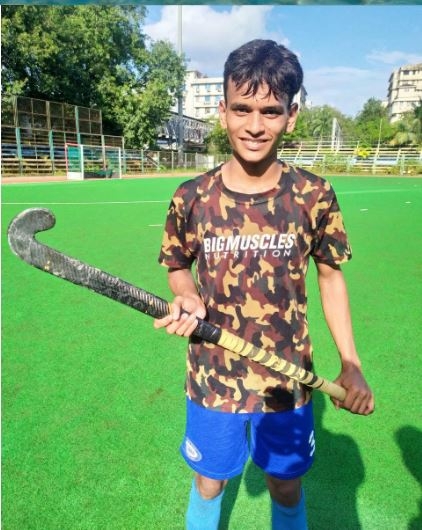 Mumbai: As Mumbai's U-19 squad for the nationals (Bhopal Nationals, Academic) was about to be announced, 18-year-old Pawan Samantrai was sitting on the sidelines of the BHA Stadium, certainly not expecting his name on the list. He studied in a municipal school in Matunga, and hadn't represented any team at a competitive level.

The glow on his joyous face couldn't be missed when the selectors announced his name as part of the squad. Even as the other boys hugged each other on being selected, an elated Samantrai felt a touch sorry for his friend Vijay who didn't make the cut.

Lawrence Bing, the Mumbai School Sports Association (MSSA) hockey secretary and one of the selectors, said, “These kids play in their neighbourhood (Kings Circle) with general sticks and not hockey sticks. They use discarded hockey sticks to improve their game. Today, they're part of the Mumbai U-19 team.”

Pawan doesn't even have a roof over his head. He lives on the top of a BMC toilet, and during monsoon he has to turn to his friends for shelter. Her mother Savithri, a single parent now, works as a BMC sweeper. Pawan's father succumbed to Covid-19 last year.

“We're happy,” he told this paper, though his face turned pale. He's hopeful that hockey will give him something, and life might take a turn for the better. He said, “I've a long way to go. I want to represent the country, my ultimate goal.”

Samantrai might not enjoy a basic privilege as shelter, but hardships seem to have strengthened his resolve. For now, he's focused on wearing the national colours. To start with, he wants to make India's junior team. He has faith in the power of hockey to sustain him.

The MSSA joint secretary Joe Monteira will also travel with the team as manager.