Carlos Sainz won his first career Formula One race on Sunday with a victory at the British Grand Prix—the most dramatic race so far this season.

It began with a frightening first-lap crash and ended with intense wheel-to-wheel battles for the podium positions.

Sainz was in the lead with Charles Leclerc close behind and, while Ferrari at first said they were “free to fight,” the Italian team then asked Sainz to let Leclerc past to avoid losing time to Lewis Hamilton.

But a safety car came out and Ferrari brought Sainz into the pits for fresher, grippier soft tires. Leclerc was left on older, hard tires and Sainz soon passed his teammate to regain the lead and pull away for his first victory in his 150th F1 start.

Sergio Pérez passed Hamilton and Leclerc after the restart and crossed the finish line second behind Sainz, but faced an inquiry for cutting a chicane. Hamilton was briefly second after passing both Pérez and Leclerc in a three-wide move, but he couldn’t hold position and dropped back to fourth.

Hamilton then surged past Leclerc in a fierce fight for third place. He also led laps Sunday for the first time this season. Leclerc was later seen being spoken to privately by Ferrari team principal Mattia Binotto.

The race was stopped on the opening lap because of a frightening multi-car crash that sent Guanyu Zhou’s car upside-down into a fence. He was treated at the medical center and Williams driver Alexander Albon was flown to a hospital for an evaluation after hitting a wall in the same incident.

Max Verstappen, the defending F1 champion and current standings leader, dropped out of the lead with damage to his Red Bull after running over debris. He struggled for grip and finished seventh. 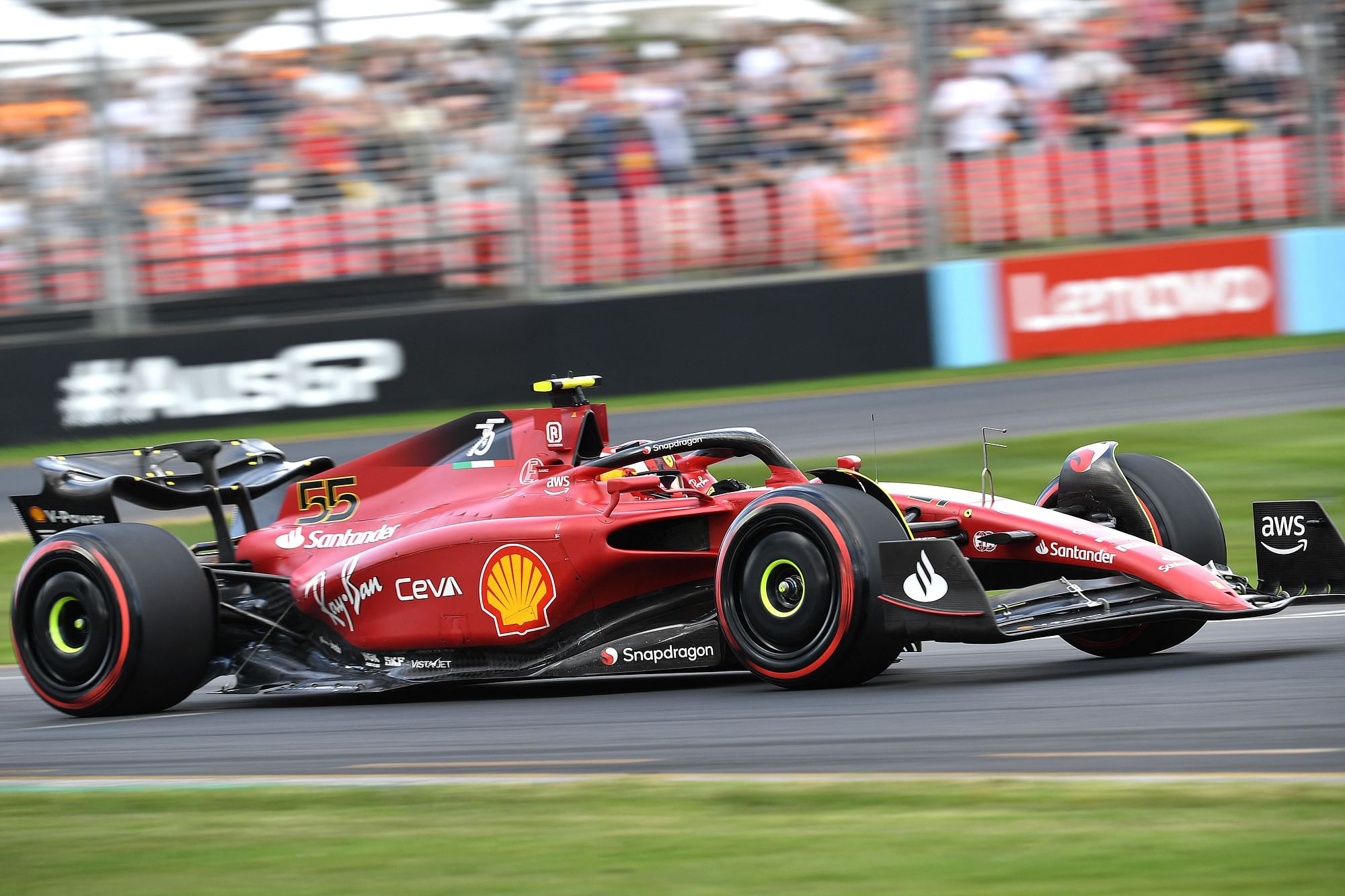