Regular match practice, something Cheteshwar Pujara was not able to get due to the COVID-19 pandemic, is the reason for the India batter's consistent run in the ongoing County Championship, reckons his father and coach Arvind Pujara.

Pujara, a veteran of 95 Tests, found himself out of the Indian team after the series loss in South Africa alongside Ajinkya Rahane.

The consistency that has made him play close to 100 Tests was not there over the past three seasons when he averaged less than 30, forcing the selectors to look beyond him for the home series against Sri Lanka.

But with two double centuries and a hundred in three games for Sussex this season, Pujara is doing what is in his control as he looks to make a comeback for the one-off Test in England in July.

"I feel the lack of game time was a big reason why he could not be consistent over the past three seasons," his father Arvind, who remains his only personal coach till date, told PTI.

The pandemic struck, Ranji Trophy was not happening and Cheteshwar being a one format player, found himself playing series to series with no warm-up games too, sometimes with long gaps in between (when India played white-ball cricket).

"When you play the likes of Australia and England, you have to be on the top of your game as you don't get loose balls that you may get at the domestic level.

The 34-year-old did play three Ranji Trophy games this season as the premier domestic event made its return after two years.

After Saurashtra failed to qualify for the knock-outs, Pujara headed to UK for a full-fledged County season.

Pujara's technique was questioned after being dismissed while defending on the front foot on multiple occasions over the last two years.

Without getting into the technical side of his son's game, Arvind said when one doesn't play enough games, the ability to "concentrate in the middle for long periods is affected".

His father said Cheteshwar was understandably disappointed after being left out of the Indian team but the setback made him hungrier for runs.

"Selection is in the hands of selectors. I just told him that you need to keep working hard, keep putting in the effort day in and day out, and the rest will follow.

"It is every cricketer's dream to play for India and no different for Cheteshwar but you also play for the love of the game. The fact he is playing County Cricket at the moment shows that just wants to be out in the middle."

On his selection for the one-off Test in England a couple of months down the line, "That is for the selectors to decide. I feel especially in overseas conditions, you need your experienced players in the team to deal with tough situations and also guide the youngsters. He just needs to keep scoring," Arvind added. 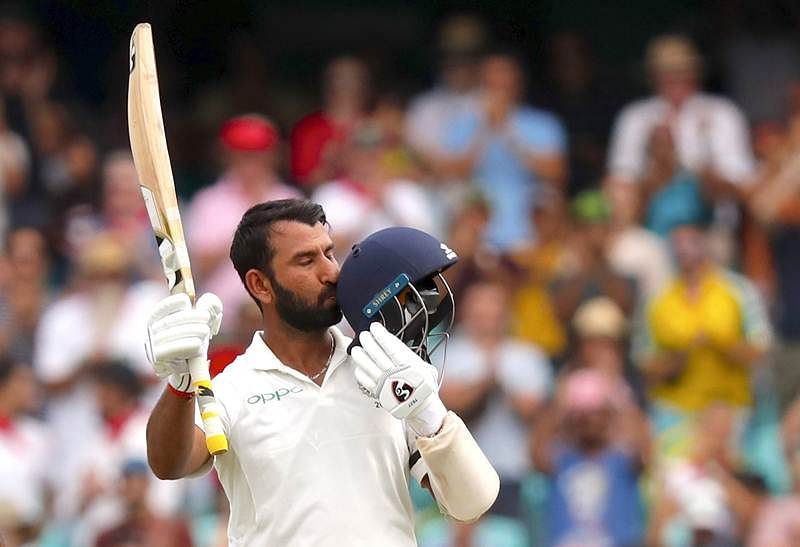