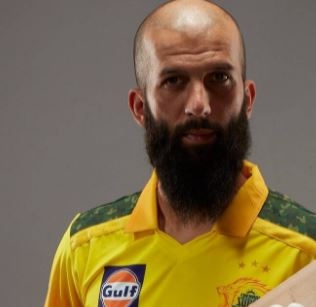 London: England skipper Joe Root has said that all-rounder Moeen Ali's retirement from Test cricket was a huge loss for him as well as for “the group” for “so many different reasons”, and added that he was “under appreciated” for his efforts.

Ali, 34, who made his Test debut back in 2014 and went on to represent England in 64 Test matches, scoring 2,914 Test runs with his highest being an unbeaten 155, had said in a statement on Monday that, “I've enjoyed Test cricket but that intensity can be too much sometimes and I feel like I've done enough of it and I'm happy and content with how I've done.”

Root was quoted as saying, “First and foremost, it goes without saying that Mo's (Moeen) career speaks for itself and what he has achieved.”

“He's done some wonderful things in Test cricket. He's been one of the great guys to play alongside. I've thoroughly enjoyed sharing that dressing room with him and we've had so many wonderful memories, on the field and off the field.”

Meanwhile, former England skipper Naseer Hussain explained how Moeen Ali's career in Tests summarised why people watch cricket. “Ali's Test career encapsulated why we watch cricket. There was brilliance but there were also, as Moeen would say himself, those brainfade moments. It is what makes sport, and Moeen Ali in particular, so watchable.

“I don't think our commentary box has gushed as much over the shots of anyone in the last six or seven years as Moeen - and there was a cover drive in his last Test against India this summer that made everyone go 'wow' - but then he tried to slog sweep Ravindra Jadeja and top-edged it straight up in the air. It was Mo in a nutshell.”