Wimbledon quarterfinalist Nick Kyrgios is due in court back home in Australia next month, and a lawyer representing him said the "precise nature of" the allegations "is neither certain at this moment nor confirmed by either the prosecution or" the 27-year-old professional tennis player.

"While Mr. Kyrgios is committed to addressing any and all allegations once clear, taking the matter seriously does not warrant any misreading of the process Mr. Kyrgios is required to follow," attorney Pierre Johannessen wrote in a statement emailed to the media.

Johannessen wrote that "the allegations are not considered as fact" by the court, and Kyrgios is not "considered charged" with an offense until a first appearance in court.

Wednesday's match against Garin is the third Grand Slam quarterfinal of the Australian's career - he is 0-2 in the others - and first in 7 1/2 years.

"We have been made aware of legal proceedings involving Nick Kyrgios in Australia, and as they are ongoing, we are not in a position to offer a comment," an All England Club spokesperson said Tuesday.

"We are in touch with Nick's team and he remains scheduled to play his quarterfinal match tomorrow."

Police in Canberra, Australia, where Kyrgios grew up and is based, issued the following statement: "ACT Policing can confirm a 27-year-old Watson man is scheduled to face the ACT Magistrates court in relation to one charge of common assault following an incident in December 2021." A person found guilty of such an offense could face a jail sentence of up to two years.

A Canberra police spokesman told The Associated Press on Wednesday that no further statements were planned and that any additional information on the case would likely not be made public until the Aug, 2 court date.

A spokesperson for the ATP men's tennis tour wrote in an email: "The ATP is aware of the Australian case involving Nick Kyrgios but as legal proceedings are ongoing it would be inappropriate to comment further at this time." 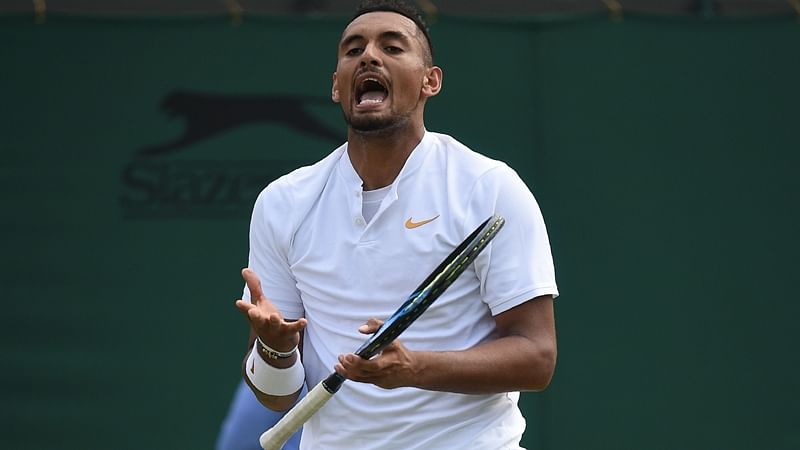