A personal tribute to Anslem Alphonso, who passed away on Monday morning. He was someone who believed that sport was often the answer to everything and dedicated his life to its betterment
Anil Dias 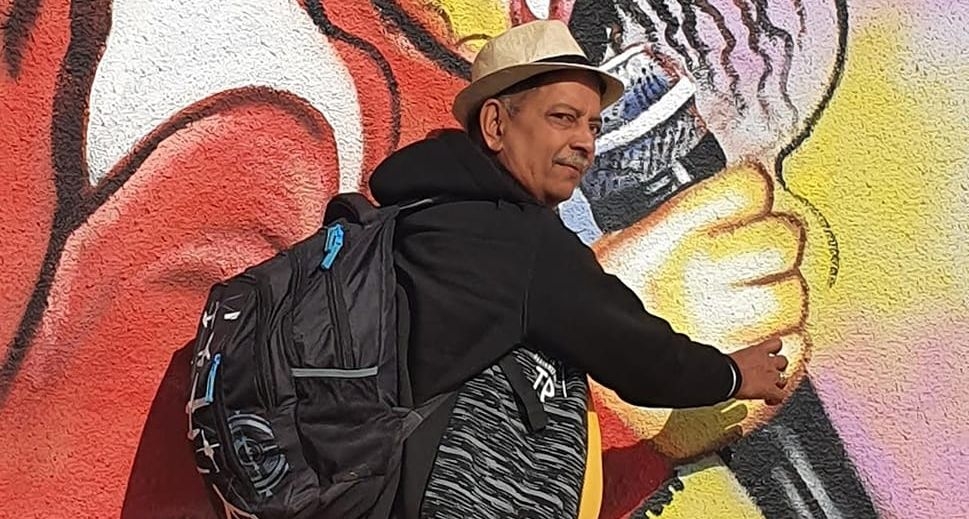 PT masters of an all-boys school are either extremely strict, making you complete all your exercise drills, or quite lenient, allowing you free time during your class to do your own thing.

Anslem Alphonso, who passed away on Monday morning following a cardiac arrest, was a bit of both.

As our Sports in-charge at St Mary’s High School SSC (Mazagaon), he saw to it that we never slacked in doing our exercise. “Physical education is the most important education you’ll receive in school. Haven’t you heard ‘health is wealth’,” he would often say. But he also ensured we finished those exercises as soon as possible so we would get time to play on the football field.

He believed that sport was often the answer to everything and dedicated his life to its betterment. Not just in our school, but all around the city. The fact that he was a managing committee member at Mumbai Schools Sports Association (MSSA) for almost three decades is testament to his commitment to helping sport grow.

Over the years, he enthralled us students with stories of our school’s glorious past, of how athletics meets were fiercely competed and football matches were won from the jaws of defeat.

He made some of us fall in love with sports, and I hope this personal tribute does a little justice to the selfless life that he led. 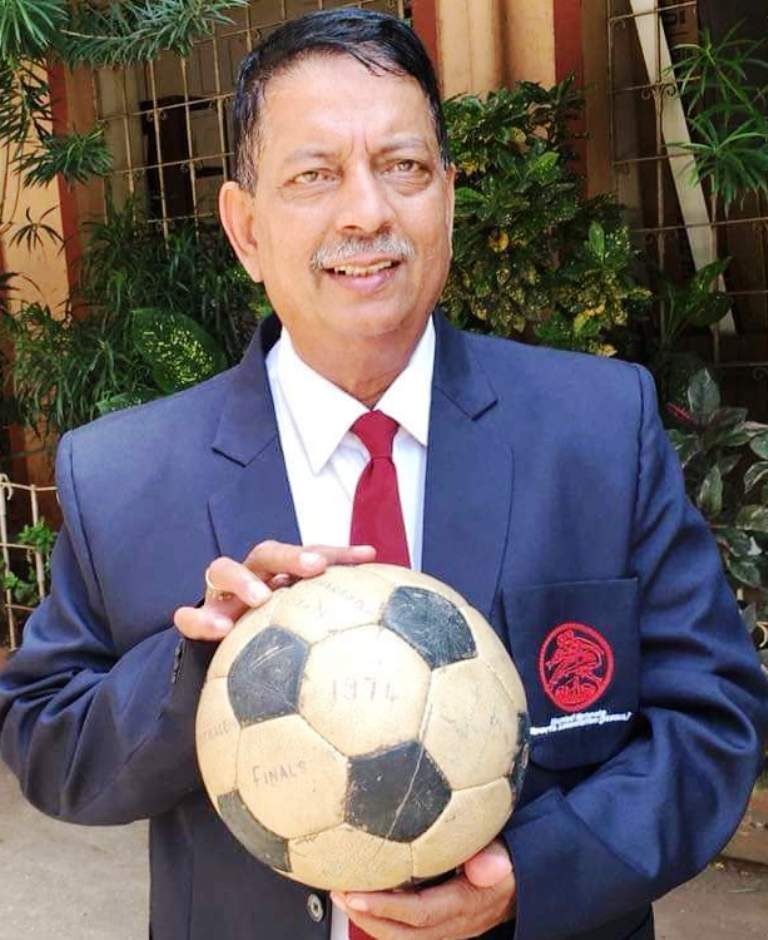 Truthfully, I disliked school. Well, not school as such. Let's just say I disliked studies and classrooms. You can't blame me. My Standard 1 classroom of St Mary's High School SSC (Mazgaon) was a step away from the school's playing ground.

Problem was, being kids, we couldn't play on that ground during our breaks lest we get trampled over by the 'big boys'. We had no option but to wait for our PT period, which came just once or twice a week. But that was our time. Oh and after those 10 odd exercises we were made to do, we let loose on that ground.

We played football without rules. And when I say without rules, I mean we made our own. Foul at the center of the pitch? Penalty. Can you use your hands to take the ball to the opponents penalty box? Who says you can't.

When Anslem sir (that’s how I always referred to him) watched us play on one such occasion, he was appalled. He made us gather around him and then went on to explain, using twigs and stones as players, how we should position ourselves on the field. He saw some of us were listening with rapt attention. "Come to my room during the breaks, and I'll explain it better," he told us.

And so began our somewhat daily ritual. While the big boys played, we sat in that room.

To be honest it was more of a storage shed. Don't know if it has changed a lot since I first stepped into it in 1996, but it was special and you know why? It was full of our school's trophies, photographs, certificates and other memorabilia right from the time Anslem sir played and won MSSA tournaments for our school (he was also among the four players from the school selected to represent Maharashtra state in the National Schools’ Games in Agra in 1974). And to top it all, it had a double-decker stand of footballs! Heaven. 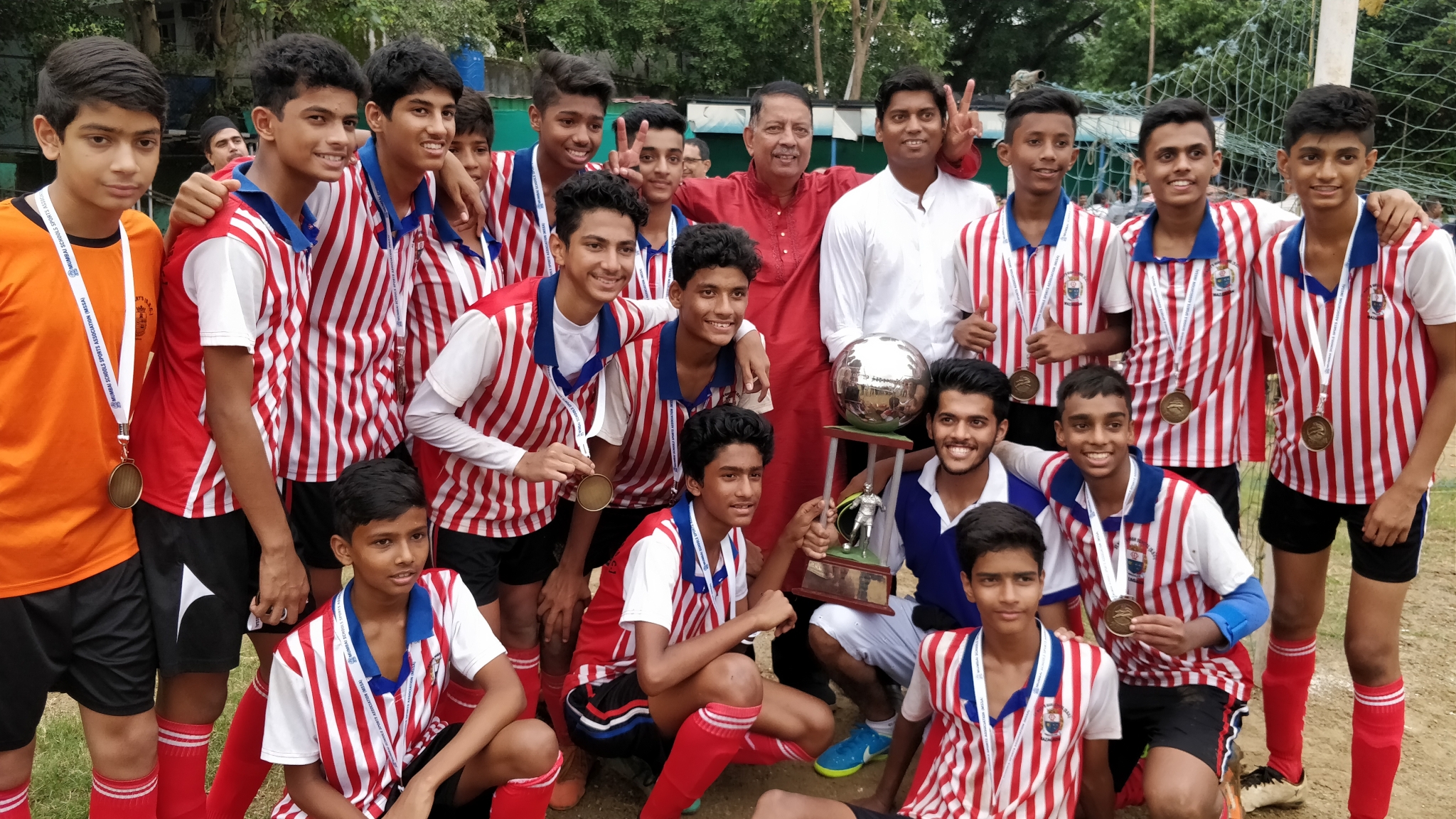 More than anything, it was in this room that I fell in love with the 'beautiful game'. And it was just by listening to Anslem sir talk about it. Stories about goals scored, tackles made and trophies won. It was in this room that most of us were handed our first football school kit. It was the best place to be.

He described in detail some unbelievable goals he scored too. 'Was he exaggerating?' I asked myself, only sometimes. Once during a teacher-student match, he scored a goal from the half-line, right at kickoff. I never questioned his stories ever again.

As a coach for our age-group football teams, he was always a step ahead. I remember while coaching our U-10 team, he took us to a classroom to explain tactics on the blackboard, something which was seldom done then. That triangular-formation he taught us still holds true.

I didn't keep in touch with him after I passed out of school in 2007. The next time I actually sat down and spoke to him was in 2013, when as a rookie sports journalist, I went to cover the MSSA football tournament and he was the Association's football secretary.

"There's so much wrong with what's happening with Mumbai football. You better write all about it. I'll tell you everything," he said.

For an association's secretary to say something like that is really unprecedented but such was his nature. He didn’t like anything hindering sports.

He ended most conversations over the years with 'don't quote me'. I knew very well I couldn't. It would've put him in quite a few precarious positions.

When politics took over football at MSSA, he quit his post. "I care about the football, let them play their games," he had told me. He didn't quit the association, he just moved away from football to other sports. "Forget the politics, you write about the game. That's enough," said.

He last held the position of squash secretary at MSSA.

He would always talk about one dream of his- getting St Mary's back to the top of Mumbai football. And when the school won the MSSA U-16 title in 2018 after a span of 21 years, he was the happiest I've seen him.

"Don't interview me, interview the boys. It's their triumph," he said. Like always, he never wanted the limelight.

He had his own academy- Alphonso Football Academy, which was quite popular and successful, especially when it came to coaching girls.

During the lockdown, with no sport happening, he started his own food venture, calling it 'Coach's Kitchen Mumbai', dishing out quite a delectable goan fare.

The last we spoke, some time in August this year, he said he couldn't wait to get back to football.

I promised him sweets for Christmas. "I'll ensure you keep your promise," he said with a laugh but it quite sounded like a threat.

News of his demise on Monday morning came as a shock. His friends, colleagues and students flooded social media with heartwarming tributes. He clearly touched more lives than he could've imagined. He is survived by his daughters -- Alysha and Astrid -- and son, Aaron.