HomeSpiritualityIndira Ekadashi 2022: Date, significance, story and all you need to know

Indira Ekadashi 2022: Date, significance, story and all you need to know

The auspicious day falls on the 21st of September this year.

Indira Ekadashi occurs during the Hindu month of Ashwin and on the 11th day of the waning phase of the moon (Krishna Paksha). When traced in the English calendar, the auspicious day falls on the 21st of September this year.

The story behind this ekadashi thithi:

The story narrated by ISKCON desire tree revolves around the Satya-yuga. During then, there lived a king named Indrasena, who was so powerful that he destroyed all his enemies. His kingdom was called Mahishmati-puri and was rich in gold, grains, sons, and grandsons.

King Indrasena was a great devotee of Lord Sri Vishnu who especially enjoyed chanting My name, calling out 'Govinda! Govinda!'.

Once, Narada Muni approached the king and asked, "Oh king, are the seven limbs of your kingdom prospering?" "The king replied, "By your kind grace, Oh greatest of sages, everything is quite well..." The conversation further led to Sri Narada, the sage among the devas, suggesting that the king's father was in Lord Yamaraja's assembly.

It was noted that despite a very religious life, because he broke an Ekadasi fast prematurely, he had to visit the Yamaloka. While revealing this, Narada Muni said, "Your father gave me a message for you...Please give him this message from me: Oh son, kindly observe the coming Indira Ekadasi and give much in charity so I can go upward to heaven."

The message: In Mahishmati lives a king named Indrasena. Please tell him about my situation here - that because of my past sinful deeds I have somehow been forced to reside in Yamaraja's kingdom.

Reportedly, the king followed the holy instructions with all care and devotion. He broke his fast on the Dvadasi tithi, a day that follows, when flowers fell from the sky. The merit that Indrasena maharaj earned by observing this fast released his father from the kingdom of Yamaraja and caused him to attain a completely spiritual body.

Thus, it is believed that observing a fast on Indira Ekadashi is an auspicious one which attracts spiritual benefits.

On the Dashami tithi, the day before Ekadasi, rise early in the morning, take bath, and then do some service for God with full faith.  At noon, bathe again in running water and then offer oblations to your forefathers with sincerity.

Importantly, be sure not to eat more than once on this day and at night sleep on the floor.

Also, when you wake up on Ekadasi morning, cleanse yourself to be pure from all means possible. Chant holy names of the Lord and prayer to praise, seek blessings. This can be followed by bhajans and kirtan, either individually or in a social group.

At noon of the Indira Ekadashi, worship the Sri Shaligram Shila and then offer oblations of ghee into the sacred fire, and tarpana directed to help your forefathers.

Later pray to the Lord with incense and flowers. Try to remain awake all night near the Deity of Lord Vishnu.

On the Dwadashi thithi, a day after the fasting, on early in the morning worship the Lord and offer bhog. Then, one can enjoy the prasad along dear ones. 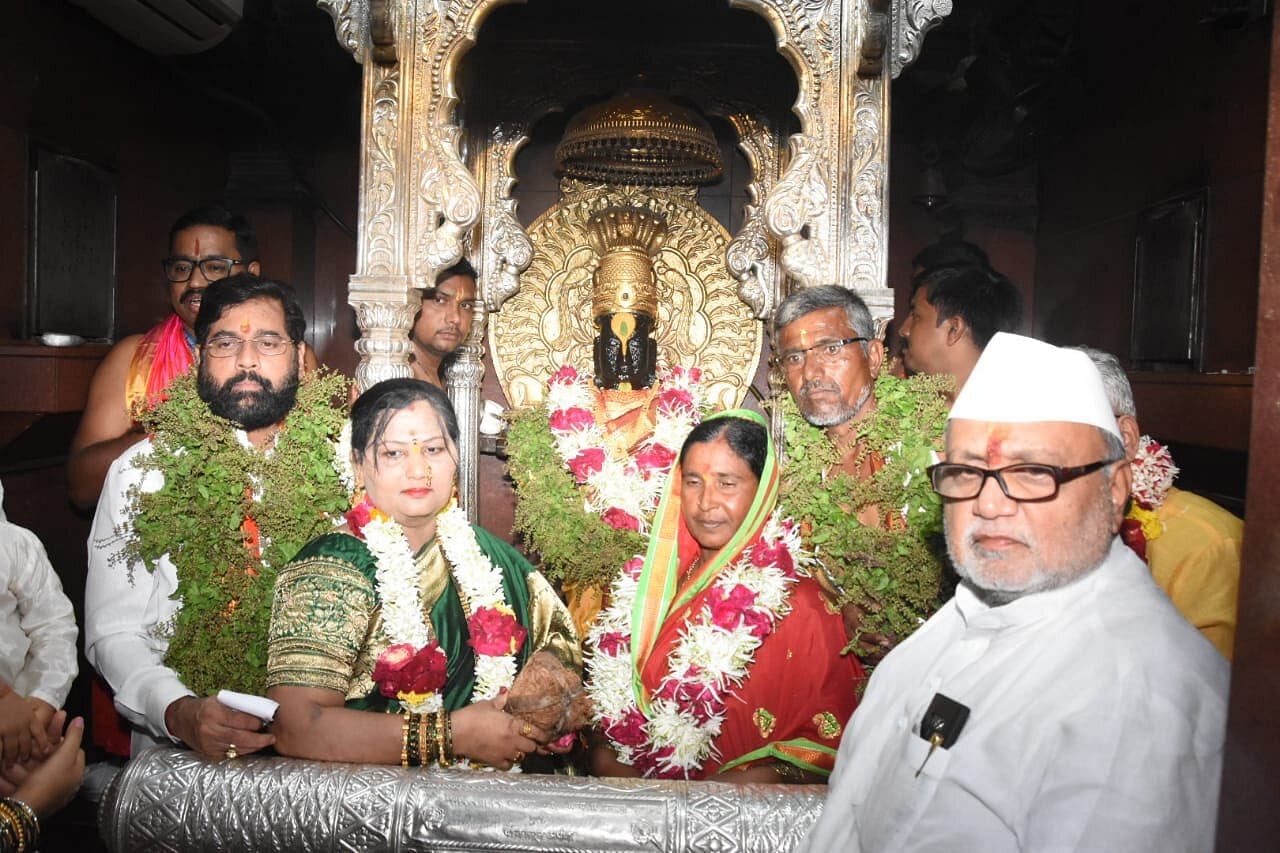