Onam brings with it the sounds of children's laughter as they swing cheerfully in their Onam finery.

Onam brings with it the sounds of children's laughter as they swing cheerfully in their Onam finery. The delicious aroma of 'kaaya varuthathu', 'sharkara upperi' peppered with the accompanying 'aviyal', 'pachadi', 'olan', 'thoran' — a meal (Onasadhya) that satisfies the four primary sensations of taste, namely salty, sweet, sour, bitter, is a delectable treat for people of all ages.

While the 'vallam kali' (boat race) and 'pulikali' (tiger dances) might take a backseat due to the ongoing pandemic this year, may the spirit of the harvest festival not be lost.

The story dates back to the era when Prahlad's grandson (from Hiranyakashyapu's tale) Mahabali came to power by defeating the Gods (devas). According to Vaishnavism mythology, the defeated gods went to Vishnu to help them win their battle against him. But, because Mahabali was a just asura ruler, Vishnu refused to any act of violence against him. And, hence, during a yagna performed by Mahabali, Vishnu appeared in front of him as a monk named Vamana. He asked for three paces of land. On Mahabali's acceptance, Vishnu started growing taller and taller and covered the earth and sky with two paces. For his third pace, Mahabali offered him his head. Happy about his promise, Vishnu granted Mahabali a boon. It was to visit his 'praja' every year.

Onam is considered to be the day when Mahabali visits his 'praja'. It's a time of prosperity heralded by a rich harvest. It also emphasizes on the Hindu belief on the cyclical nature of events — irrespective of any individual, ruler, great or not. The virtues, ultimately, are remembered.

While dynamics of festivals and celebrations all over the world have taken a different turn this year, let's rejoice in the fact that after despair, comes joy. Let's look at the bright side. 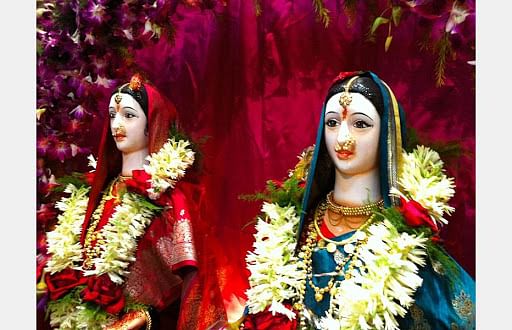