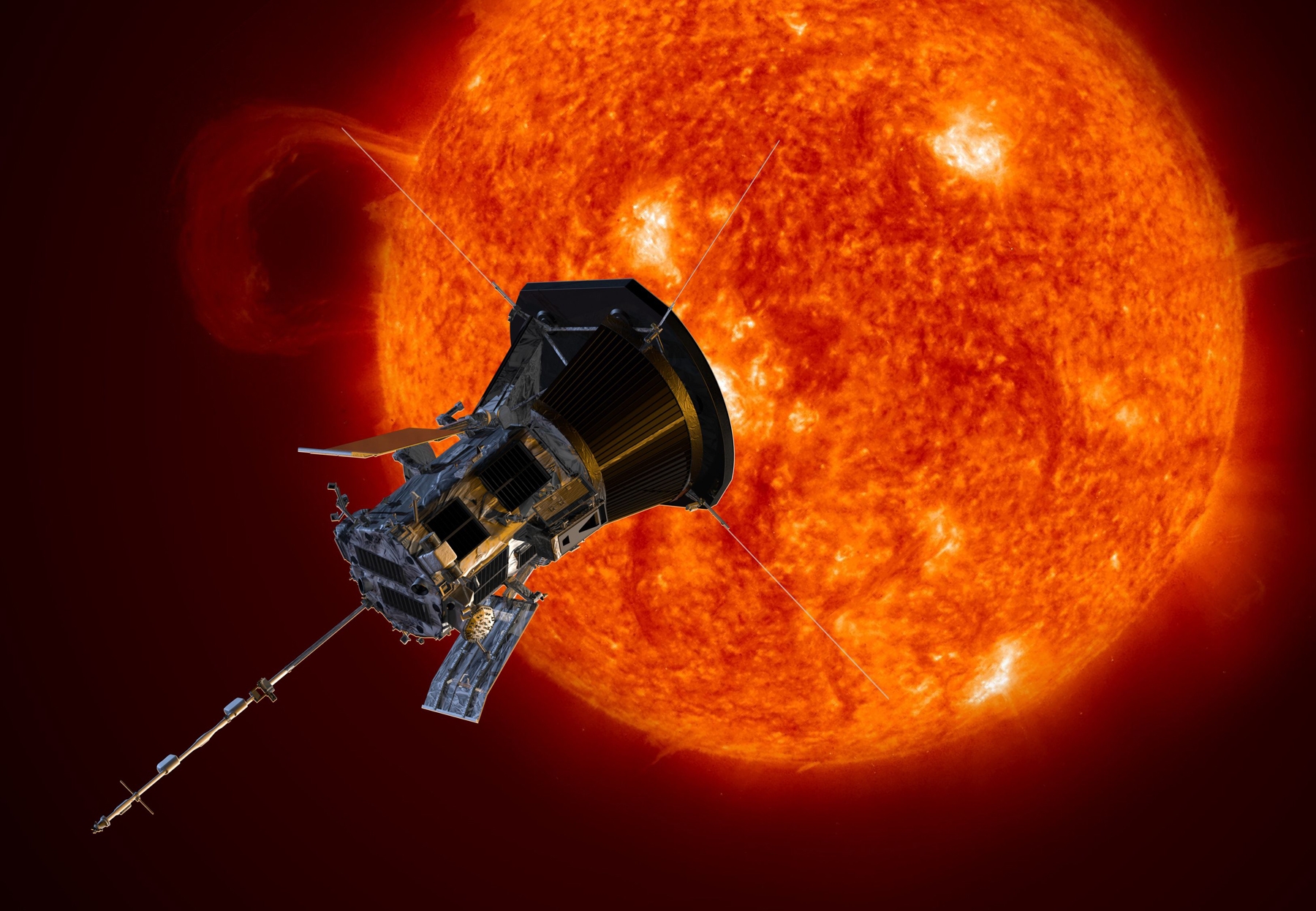 London: A spacecraft launched by NASA has done what was once thought impossible. On April 28, the Parker Solar Probe successfully entered the corona of the Sun -- an extreme environment that's roughly 2 million degrees Fahrenheit.

A scientific paper describing the milestone was published in the Physical Review Letters.

The historic moment was achieved thanks to a large collaboration of scientists and engineers, including members of the Center for Astrophysics | Harvard & Smithsonian (CfA) who built and monitor a key instrument on board the probe: The Solar Probe Cup. The cup collects particles from the Sun's atmosphere that helped scientists verify that the spacecraft had indeed crossed into the corona.

"The goal of this entire mission is to learn how the Sun works. We can accomplish this by flying into the solar atmosphere," said Michael Stevens, an astrophysicist at the CfA who helps monitor the cup. "The only way to do that is for the spacecraft to cross the outer boundary, which scientists call the Alfven point. So, a basic part of this mission is to be able to measure whether or not we crossed this critical point."

The corona is the outermost layer of the Sun's atmosphere where strong magnetic fields bind plasma and prevent turbulent solar winds from escaping. The Alfven point is when solar winds exceed a critical speed and can break free of the corona and the Sun's magnetic fields. Prior to April 28, the spacecraft had been flying just beyond this point.

"If you look at close-up pictures of the Sun, sometimes you'll see these bright loops or hairs that seem to break free from the Sun but then reconnect with it," Stevens explained. "That's the region we've flown into -- an area where the plasma, atmosphere and wind are magnetically stuck and interacting with the Sun." According to data collected by the cup, the spacecraft entered the corona three times on April 28, at one point for up to five hours.

"The amount of light hitting the Parker Solar Probe determines how hot the spacecraft will get," Case explained. "While much of the probe is protected by a heat shield, our cup is one of only two instruments that stick out and have no protection. It's directly exposed to the sunlight and operating at a very high temperature while it's making these measurements; it's literally red-hot, with parts of the instrument at more than 1,800 degrees Fahrenheit [1,000 degrees Celsius], and glowing red-orange."

To avoid degradation, the device is constructed of materials that have high melting points, like tungsten, niobium, molybdenum and sapphire.

But the success of the Parker Solar Probe represents much more than technological innovation. There are many mysteries about Earth's closest star that scientists are hoping the probe can help solve.

He added, "We know that the energy comes from the churning magnetic fields bubbling up through the surface of the sun, but we do not know how the Sun's atmosphere absorbs this energy." In addition, outbursts from the Sun, like solar flares and high-speed solar winds, can have a direct impact on Earth, disrupting power grids and radio communication.

The Parker Solar Probe can help better understand all these phenomena as it continues to orbit the Sun and take measurements and data for scientists to analyze here on Earth.

"The plasma around the Sun can act as a laboratory that teaches us about processes taking place in almost every astronomical object across the entire universe," Case said.