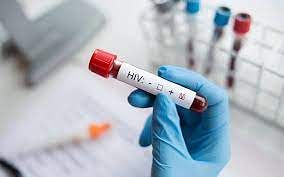 While antiretroviral therapy (ART) is known to limit HIV replication leading to elimination of most infected cells, the virus is never fully eliminated from the human body. It tends to linger in some cells deep in different human tissues where it goes unnoticed by the immune system.

Researchers from the University of Alberta in Canada have revealed a possible answer to the mystery of why infected people can't get rid of HIV altogether. The team found that in HIV patients, killer T cells -- a type of white blood cells responsible for identifying and destroying cells infected with viruses -- have very little to none of a protein called CD73.

Because CD73 is responsible for migration and cell movement into the tissue, the lack of the protein comprises the ability of killer T cells to find and eliminate HIV-infected cells, explained immunologist Shokrollah Elahi at the varsity, in the paper published in the journal PLOS Pathogens.

Further, Elahi found that the drastic reduction in protein CD73 is partly due to the chronic inflammation that is common among people living with HIV. "Following extensive studies, we discovered that chronic inflammation results in increased levels of a type of RNA found in cells and in blood, called microRNAs," he explained.

The team's discovery also helps explain why people with HIV have a lower risk of developing multiple sclerosis, Elahi noted.

He said the next steps in his research include identifying ways the CD73 gene can be manipulated to turn on in patients living with HIV and off in those with MS.