‘Adrishya Jalakangal’ will mark the return of Tovino Thomas and Nimisha Sajayan on screen after four years.

Directed by Dr Biju Kumar Damodaran, a three-time National Award-winning director, the anti-war film will portray a surrealistic treatment to convey war as the man-made disaster it is. It will also showcase how it causes distractions in the lives of common people.

'Adrishya Jalakangal' promises to be a fitting attempt at the social threat that war creates in a commoner’s point of view. The characters of the film are set to capture society’s struggles for existence, love, peace, justice, relations, and sanity et al. The highly anticipated movie is being produced by Ellanar Films, Tovino Thomas Productions and Mythri Movie Makers. 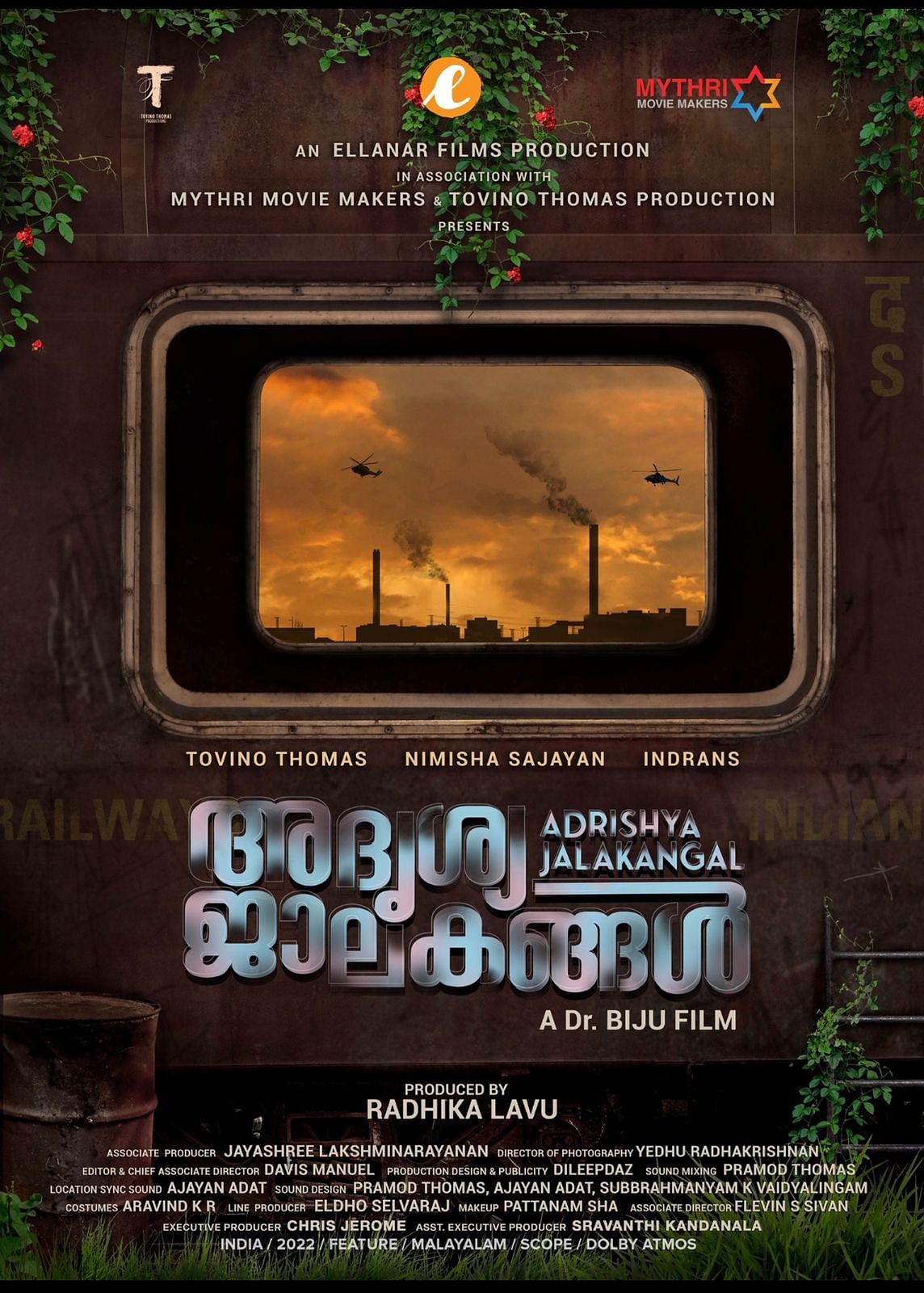 While speaking about the ambitious project, Dr Biju Kumar Damodaran says, “'Adrishya Jalakangal' has a treatment that will smoothly mix reality with surrealistic notions and visuals. My goal in filmmaking is to create works that are artistically and aesthetically superior, all at a time while asserting our strong social and cultural stands. While the film is based in a fictional space, the audience will relate to the story, keeping in mind the current scenarios around the world."

Radhika Lavu, founder - producer of Ellanar Films, says, “Windows open to a whole new world of imagination and are often used in art to symbolise hope, change and daring to explore. Our story of 'Adrishya Jalakangal' is about those invisible windows which open to positivity and probability. It’s a path to gain perspective about something that has escaped our comprehension. Our entire team is eager to share this experience of liberation soon.”

In the past, Tovino Thomas productions have co-produced films like ‘Kala’ and ‘Vazhakku’ and now are all excited to be a part of this new journey with the team of 'Adrishya Jalakangal'.

'Adrishya Jalakangal' is all set to go on floors soon and will also mark the return of Tovino Thomas and Nimisha Sajayan on-screen after four years.