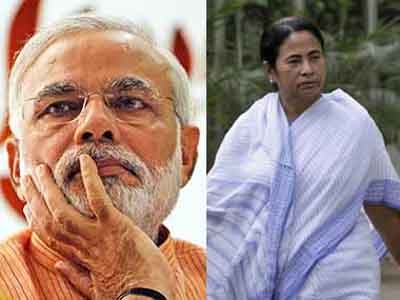 The thaw in the bumpy relationship between West Bengal chief minister Mamata Banerjee and Prime Minister Narendra Modi  is clear from the nod that has come from ‘Didi’s’ side to accompanying the prime minister on his visit to Bangladesh. Though the decision came after considerable dragging of feet, it has come finally.

There was a refreshing air of cordiality a few days ago when Modi visited Kolkata after months of tension between the two leaders gave way to Mamata sharing the dais with Modi at a public function where there was no sign of the old animosity.

One hopes the stormy petrel of West Bengal would not back out at the last minute as she did with then prime minister Manmohan Singh in 2011 when the whole purpose of Dr Singh’s visit was defeated with her withdrawal at the 11th hour. Mamata’s withdrawal from the visiting party had caused India much embarrassment.

At that point there was some reason for her anger because Dr Singh was all set to sign a Teesta waters sharing agreement with his Bangladesh counterpart Sheikh Hasina Wajed on which the affected state of West Bengal’s concurrence was not sought until the last minute. Evidently, this time there is no such provocation.

The BJP had been harbouring hopes that it would be able to dent Mamata’s popularity with its sustained campaign on the Saradda chit fund scandal but it has now realized that it failed in it miserably in the civic elections. Consequently, it now seems reconciled to playing second fiddle to her at least for the time being.

As for Mamata, having demonstrated her hegemony, she now wants to reap the benefits of a good working relationship with the Centre.

With the BJP having cleared the decks with the passing of the Land Boundary Agreement in Parliament, the time is indeed propitious for Indo-Bangladesh relations to get a new boost. While the historic LBA is expected to be signed on this visit which provides for outright exchange of 161 enclaves, the long-pending Teesta water sharing pact may well also get a thumbs up now with West Bengal agreeable to it in principle.