Women's Day 2021: Meet the Covid Sheroes of Mumbai - Police Inspector Mubarak Shaikh and her team fed the homeless during lockdown

A century later women are playing a far more extensive role in managing the Covid pandemic, not just limited to the traditional role of nurses. Now they are at the helm of the government’s efforts to contain the spread. On international women’s day we caught up with dynamic women Covid warriors from Mumbai South’s A-ward which covers Colaba, Churchgate and Navy Nagar, who were instrumental in containing the spread in that area.

This is just a small microcosm, but these women are representative of the indomitable spirit of our covid sheroes all over the country, who sacrificed much to ensure a better outcome for India.

Inspector Mubarak Shaikh is a great example of a woman in the driver’s seat. For the last year and a half she has been the police inspector in charge of Colaba Traffic, leading a team of 98 constables, predominantly men. A mother of two girls with family responsibilities, Shaikh was on the field every single day of lockdown, barring the few days she caught Covid in November. Even though traffic had slowed down the days were jam packed with work. Over the last year she has gone beyond the call of duty and has shown great compassion to migrants and her staff.

What were your main responsibilities during lockdown?

My main task was to prevent people from going outside the house until necessary, so as to protect them. We used many techniques to stop people from leaving home. Made announcements through megaphones, patrolled the streets, issued challans under the Motor Vehicle Act 179, we fined people without masks and confiscated cars who were breaking curfew without a valid reason. Even though there were hardly any cars on the road there was still a lot of work. There had to be a police presence on the streets to prevent people from roaming around. Many of the local police from Marine Drive station etc tested positive. Traffic cops had to replace them. There were also 4 Naka Bandhis in my jurisdiction, and one traffic police had to be present at each one to issue challans. After lockdown eased, there were many taxis and tourist vehicles on the streets – the cars of migrants who had left. We understand their difficult situation so we didn’t issue challans to them. The residents were complaining about the abandoned cars gathering dust so my team personally went around and washed them. How did you deal with the homeless migrants who were out on the street after losing their jobs?

Daily, we distributed 400 food packets - 200 for lunch and 200 for dinner – to beggars and migrants etc sleeping at bus stops. My staff used to patrol in the cars and hand out biscuits, water fruits and masks to them. This was our personal initiative.. hamare taraf se. We distributed food packets to taxi drivers as well, who were really anxious as they had no income.

We also had to transport migrants from Colaba and Back Bay bus depot to VT station, Mumbai Central and Kurla terminus so they could board the trains that took them home. I would personally go and make sure they had water and chai and even got them snacks for their long journey.

Did Covid affect many of your staff? How did you see to their wellbeing?

Of my 100 staff, we had the least covid cases from any police department. I personally took care of those who fell ill. The Police gymkhana was our covid center. The BMC would send them food but I arranged home cooked food tiffins for them and personally brought them fruits and milk, so that Ghar ka mohal milein. I would visit them myself and talk to them from the cctv camera outside. In the beginning there were many police deaths so there was fear. I didn’t leave a stone unturned to help my staff. Because trains were shut I organized accommodation in the hockey maidan for many staff, in the sports barracks. Nobody took off. They were there non-stop. 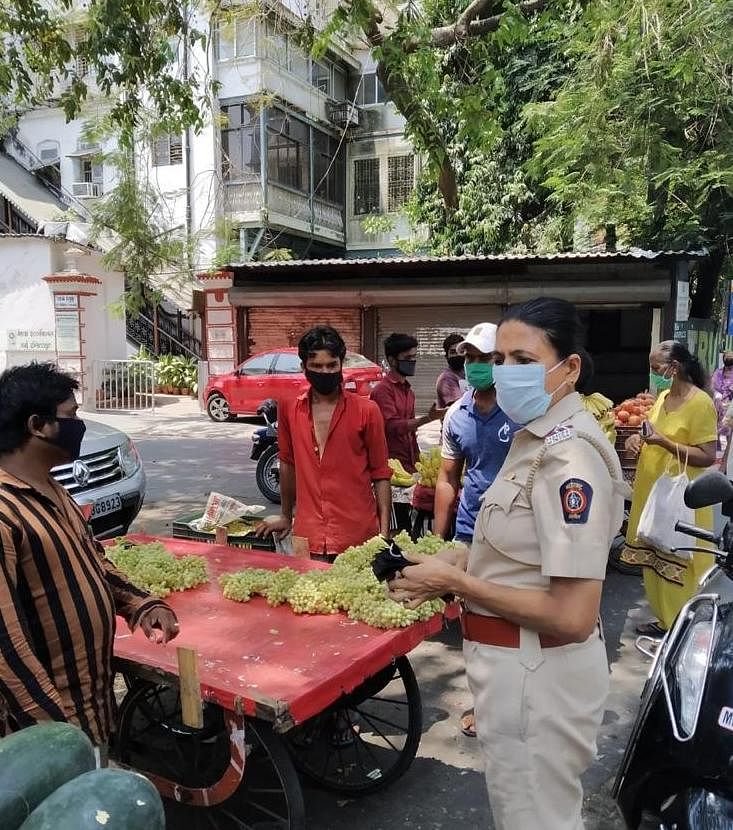 How do you feel being a woman in what many would call a man’s job? What’s your equation with your subordinates?

I don’t work like a boss, I enjoy field -work and I enjoy working with my subordinates. They also don’t feel I am a lady boss. They feel I do the work they do. I also issue challans and stop cars. I issue 100 – 150 challans daily. I have never felt disadvantaged as a woman in 25 years. My first posting was in Vakola police station. Prior to 1995, women would get softer postings like Airport etc. With our batch things changed and discrimination ended. Whatever they did we did. No excuses.

When I leave home every morning I think - How can I give 100 percent to what I do. I am particularly concerned about building traffic safety awareness in the youth - the need to wear helmets, not drive rashly etc. 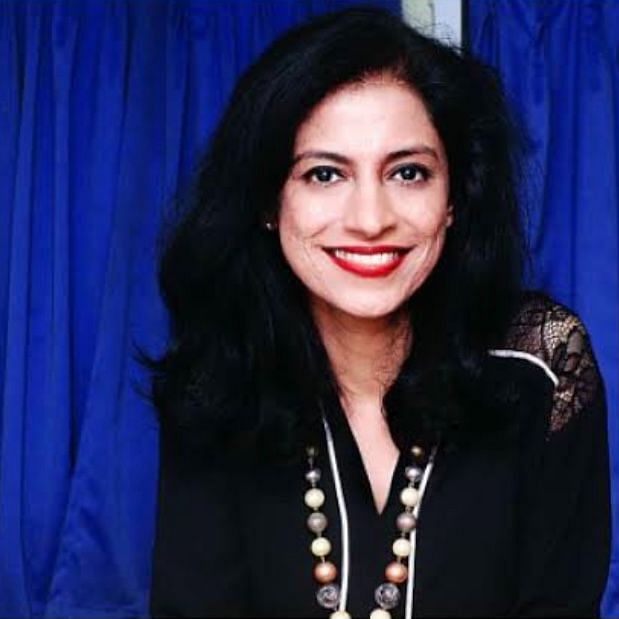 HomeMumbaiWomen's Day 2021: Meet the Covid Sheroes of Mumbai - Police Inspector Mubarak Shaikh and her team fed the homeless during lockdown