With 26,453 people living in 1 sqkm, Mumbai becomes second most populated city in the world: Report 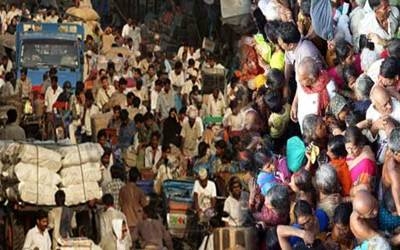 According to the civic body’s environment report 2018-19, Mumbai has 26,453 people living in one square kilometre (sqkm). This makes Mumbai a second most populated city in the world which has 12.78 million population. No need to fret over ‘population explosion’

As Mumbai is divided by 24 municipal wards, the populated ward in Mumbai is P/North ward that mainly covers Malad, living 9,67,094 people. The least populated ward is B ward that includes Dongri, living 1,30,769 people. With this population, P/North ward becomes biggest ward whereas B ward is the smallest one, according to the Hindustan Times report.

The population density of Mumbai can cause a serious impact on environment, the environment report says which will be tabled next week in the upcoming general body meeting.