Advertisement
Home / Mumbai / Who did we cremate if our father is still alive? Guptas

Who did we cremate if our father is still alive? Guptas

Kin of Gupta, who was seen in a video posted by BJP Mumbai spokesperson Suresh Nakhua, writes to Bandra police, seeking clarification on body handed over to them last year

Mumbai: The son of Ramsharan Gupta, the man who was seen in a video posted by BJP Mumbai spokesperson Suresh Nakhua that went viral, has written to Bandra police seeking to know where their father was.

Nakhua had shared a video claiming that a man who was alive was being taken to a crematorium by the BMC officials. The BMC in turn lodged an FIR against Nakhua at Bhoiwada police station.

In the letter submitted to Bandra police station, Ramsharan’s son Bijay Gupta has sought to know whose body was handed over to them, whom they cremated, if their father was alive as seen in the video.

Bijay has claimed that the man seen in the video is his father who allegedly has been declared dead by the civic-run Bhabha Hospital on June 29, 2020.

Speaking to The Free Press Journal, one of the relatives Radheshyam Gupta, said, “The video shared by Nakhua caught our eyes, and the person looks like their father Ramsharan.” "We have written to the police to enquire with the hospital and BMC to find out if our father was alive, who was the person we cremated. Due to the strict protocol at the time, last year, we were not even shown our father's face before the last rites were performed and the body was taken in a bag. The video that surfaced on the internet, has shocked us all," said Radhesyham.

When contacted, a BMC official said the family has written to the police. “They have not communicated anything to the BMC. We too have lodged an FIR in the matter. The person who posted the video, himself could not ascertain the source of the video and the location etc. The family has sought an investigation into the matter. The matter is already under investigation. We will cooperate with the police at every stage," said a senior BMC official. BMC commissioner Iqbal Singh Chahal through a text message stated: " Truth will come out. FIR has been filed already. An investigation is on. No one can get away."

A senior police officer from Bandra police station said that it is very difficult to ascertain the claims as the body has been cremated and not buried for it to be exhumed for examination. "The incident took place almost a year back. But we will check the hospital records and probe," the officer added. 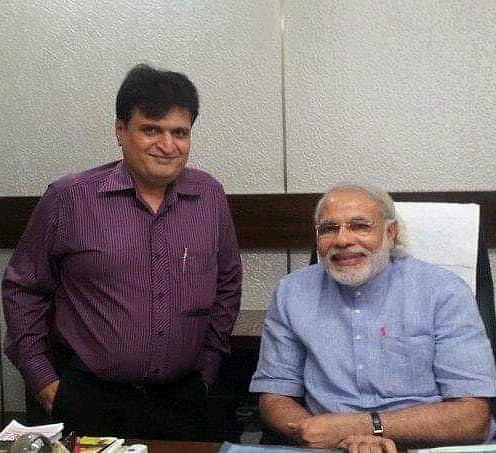