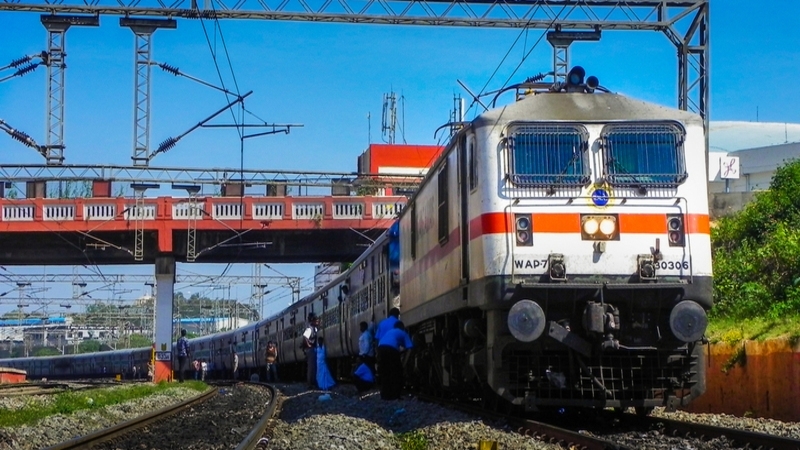 Western Railway on Monday posted several notifications to social media, announcing that the run of several festival special trains had been extended. At the same time, WR has also announced several changes in timings for some special trains as well as modifying the halts.

"Timings of various festival and other special trains originating/ terminating over WR have been changed due to implementation of Zero Based Time Table (ZBTT) w.e.f. 1st December, 2020. More over several halts have been withdrawn and new halts have been introduced," the handle tweeted on Monday sharing details for the same.

In two separate tweets the Western Railways Twitter handle also shared details about festival special trains whose run had now been extended. In the case of one train, the terminus had been changed from Bandra to Dadar Terminal.

"For the convenience of passengers, WR has extended the run of 13 Festival Special Trains with 198 more trips," read one tweet, sharing a list of trains that will be thus affected. 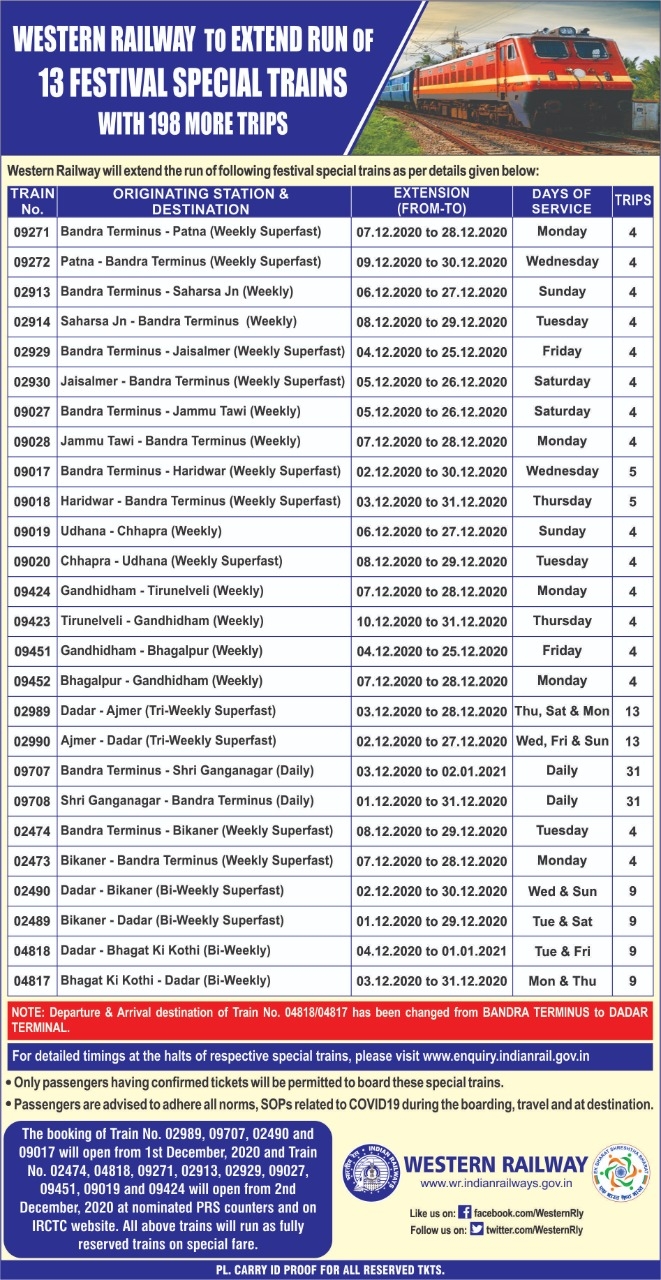 In a follow-up tweet the handle changed this number to 14 and explained that these trains would be run to various destinations till January 2, 2021.

"Two Special trains between Pune - Jaipur and Udaipur - New Jalpaiguri will be passing over WR stations," it added.