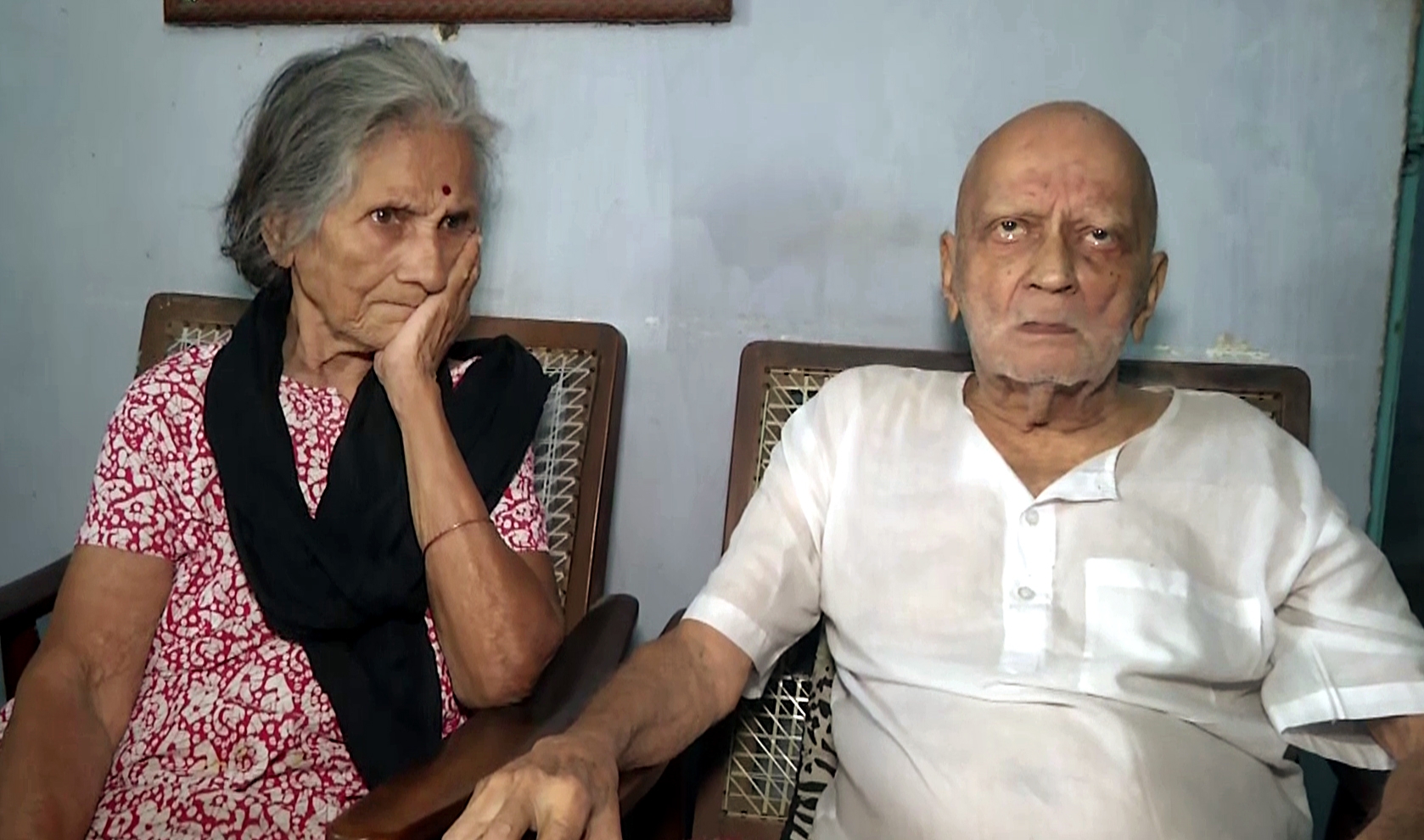 Her son was supposed to pay her a surprise visit on her 83rd birthday on Saturday but he never came. Neela Sathe (83), mother of late pilot Captain Deepak Vasant Sathe, said she was proud of her ‘great son’. ‘’Our son showed courage in times of crisis and saved the lives of so many passengers. It feels satisfying. What to say before God's will. My son has been smart since childhood,’’ she said. Indian Army Retired Colonel Vasant Sathe and his wife Neela lost both their sons in line of duty. Their elder son Vikas, was in the Army, and at the age of 22, he was martyred in an accident in Ferozepur in 1981.

Captain Deepak Sathe died in an Air India Express flight crash a day before his mother Neela’s 83rd birthday. An octogenarian, who was accompanied by her husband Brigadier (retired) Vasant Sathe (87), set a unique example to the world by reacting with pride to her son’s performance. Both currently live with relatives in Nagpur. She further added, ‘’I am happy that Deepak did his duty as a pilot and saved the lives of 170 passengers.

The martyr’s father Brigadier Sathe added, “Deepak has been very smart since he was 10. He had won many awards and medals while training in the NDA and later serving in the Indian Air Force. I am proud of my son.’’

Meanwhile, Captain Deepak Sathe’s cousin Nilesh Sathe in an emotional Facebook post said that he had survived an air crash in the early nineties when he was in the Air Force. He was hospitalised for six months for multiple skull injuries and nobody thought that he would fly again. But his strong will power and love for flying made him clear the test again. It was a miracle. ‘’Deepak was an experienced aerial operator with 36 years of flying experience. A passout of the NDA, topper in the 58th course and an awardee of 'Sword of Honour', Dipak served Indian Air Force for 21 years before joining as a Commercial Pilot with Air India in 2005,’’ said Nilesh.

‘’He called me just a week before and was jovial, as always. When I asked him about the 'Vande Bharat' Mission, he was proud of bringing back our countrymen from Arab countries. I asked him, "Do you carry empty Aircraft since those countries are not allowing entry of passengers?" He had replied, “Oh, No. We carry fruits, vegetables, medicines to these countries and never the aircraft flies to these countries empty." That was my last conversation with him,’’ said Nilesh.