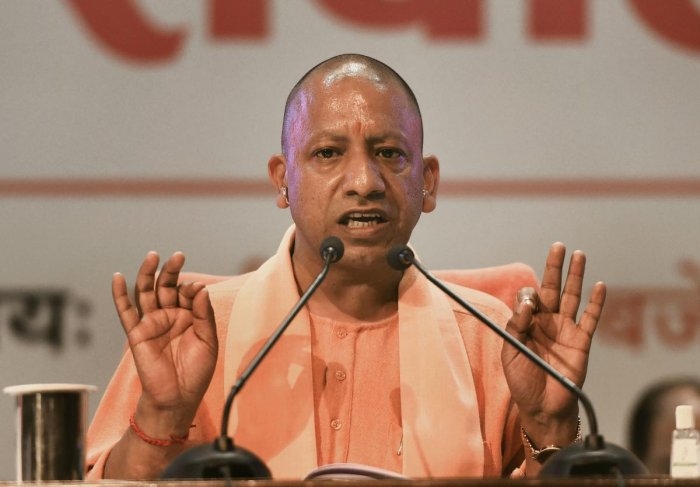 Mumbai: Chief Minister Yogi Adityanath’s quest for investments in Uttar Pradesh will bring him to Mumbai where he will be meeting the who’s who of Indian industry and Bollywood on December 2.

His will first visit the Bombay Stock Exchange where he will ring the bell during the listing of the Lucknow Municipal Corporation bonds.

After attending the BSE programme in the morning, he is scheduled to hold meetings with business leaders and filmmakers.

The second part of the programme may be controversial as Uttar Pradesh has earmarked 1,000 acres of land on Yamuna Expressway near Noida to develop a film city which Yogi has announced would be the biggest in India, far bigger than Bollywood.

The meetings are likely to touch a raw nerve in the Maha Vikas Aghadi (MVA) dispensation, as Maharashtra Chief Minister Uddhav Thackeray had warned that attempts to malign and "finish off" the Hindi film industry or "to shift it" would not be tolerated.

A UP government spokesman said the government had shortlisted various sectors, including engineering, manufacturing, defence, power, real estate and entertainment, for investment.

In the first week of November, the UP government had announced that 10 countries, including the United States, the United Kingdom, Japan, Canada, Germany and South Korea, had proposed to invest in the state. These companies would reportedly invest Rs 45,000 crore to generate around 1, 35,362 jobs across the state, the government had claimed.

According to the government spokesman, Lucknow is the first North Indian city to issue bonds of its municipal corporation and the municipal corporations of Ghaziabad, Varanasi, Kanpur Nagar and Agra would shortly be following suit. The Rs 200 crore-bond issue was floated just before Diwali and was oversubscribed 4.5 times, raising Rs 450 crore.

Meanwhile, Maharashtra Pradesh Congress Committee spokesman Sachin Sawant claimed that Adityanath’s visit was a ploy to attract investments for UP. “Entrepreneurs can be intimidated. I strongly urge the Maharashtra CM Uddhav Thackeray to take care of their safety. The UP CM should first pay attention to law and order in his state."

Yogi Adityanath will fly down from Lucknow on December 1 night.