Two persons missing after landslide in Satara district of Maharashtra 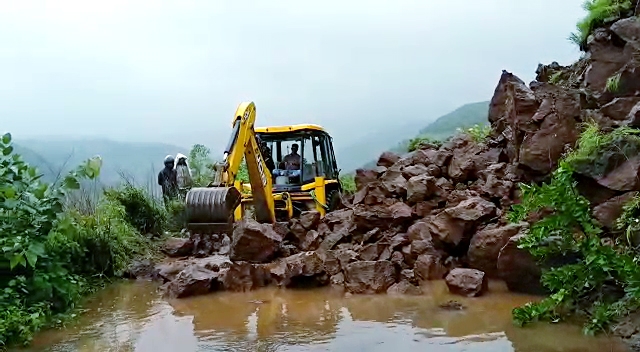 Two persons were missing after a landslide took place in the Wai tehsil of Western Maharashtra's Satara district on Thursday evening, an official said.

"We had to halt the rescue operations due to incessant rains and the possibility of a further landslide at the same site. The operation will commence tomorrow morning," he had said yesterday.

Though Mumbai was largely spared, heavy rains lashed coastal districts of Thane, Palghar, Raigad, Ratnagiri, and Sindhudurg and the western districts of Satara, and Kolhapur.

Pune, Nashik, Aurangabad, Parbhani, and Solapur also saw torrential rain, with the state deploying the NDRF, the SDRF, and Indian Coast Guard boats and helicopters, while Indian Navy teams were kept on standby.

Several towns and cities like Bhiwandi, Badlapur, Ulhasnagar, Kalyan, Dombivali, Chiplun, Khed, Sawantwadi, Mangaon, Mandangad, Kudal, Mahad, and others were inundated in three to six feet water, and higher in some low-lying areas.

Flood waters rushed into shops, offices, homes and ground floor flats, while around half a dozen homes were damaged or collapsed, many big and small vehicles were fully submerged or washed away, and people remained trapped in their homes for hours.

The latest disaster came as the state was barely recovering from the Sunday floods which claimed more than 33 lives in Mumbai and Mumbai Metropolitan Region areas.

Relief and Rehabilitation Minister Vijay Wadettiwar said that two NDRF teams have been rushed to rescue people stuck in floods waters in Chiplun to safer locations, as Chief Minister Uddhav Thackeray directed officials to prevent any loss of lives. 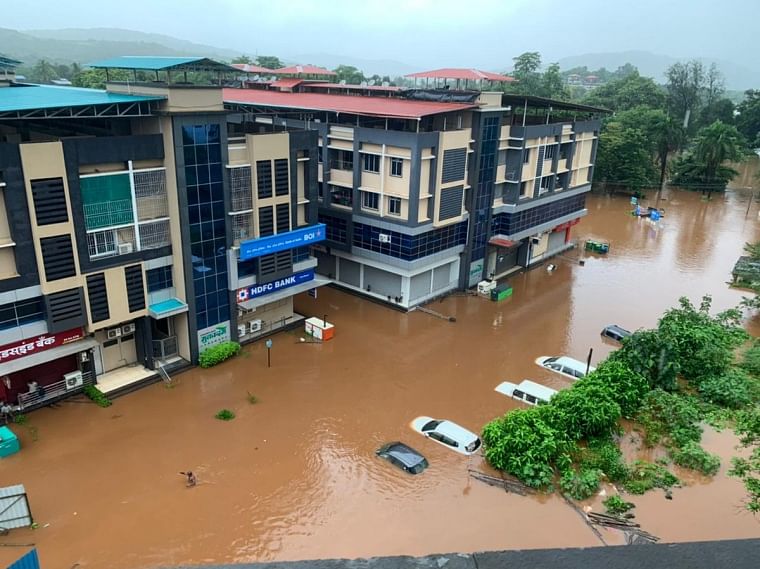