Nine fire engines, six jetties and two water tankers along with an ambulance were rushed to the spot.
Staff Reporter 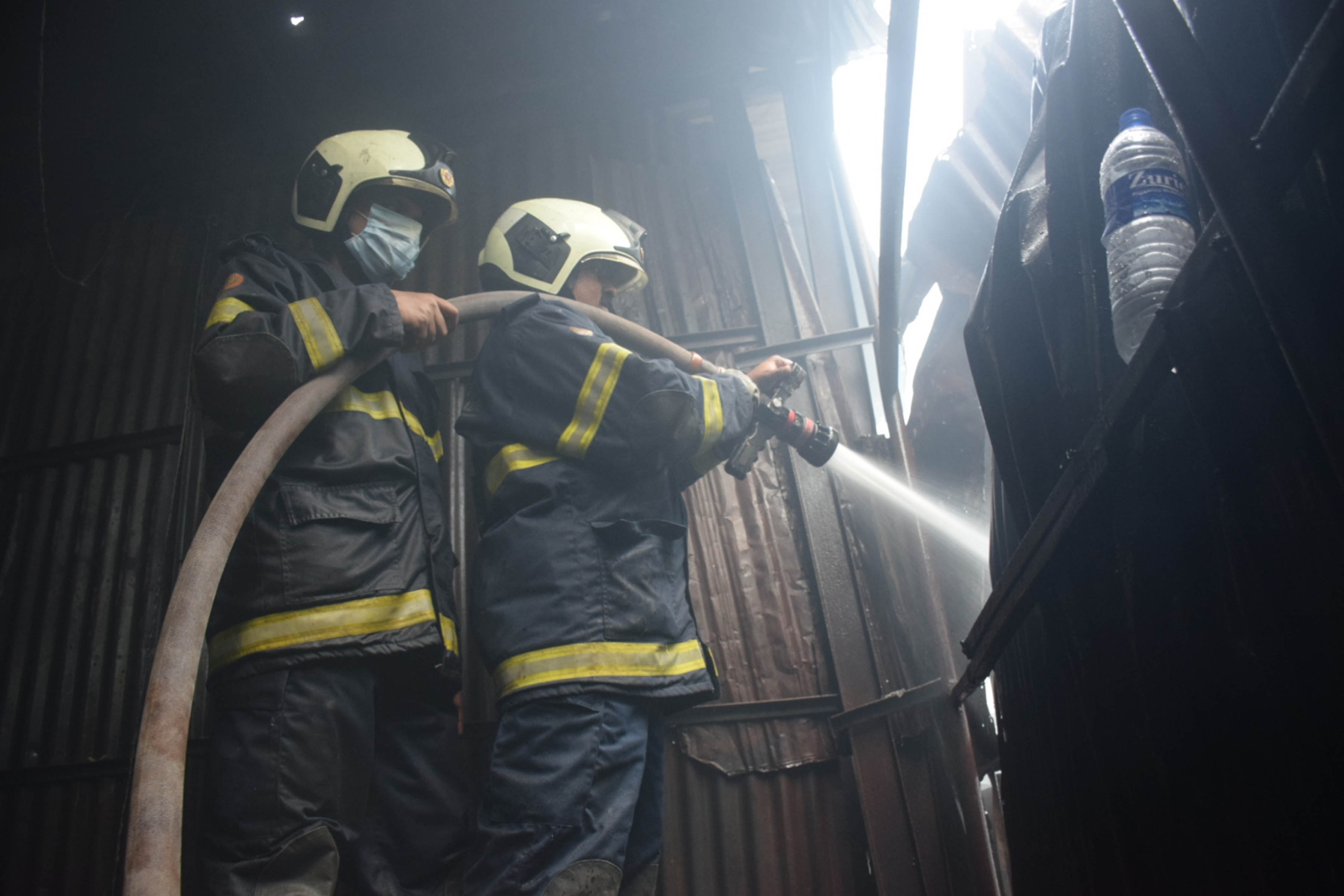 Two incidents of fire breakout were reported in the western suburbs of Mumbai on Tuesday morning.

At around 8:50 am on Tuesday, a major fire broke out at Sakinaka's 90 feet road area. The fire brigade tagged it as a 'level-2' (major) blaze.

Although no causality was reported from this incident fire brigade officials mentioned, that there was a loss of property as the area where the fire caught was densely populated.

"There were gunny bags kept in the godown which intensified the fire. The fire was confined within some hutments of the slum. There would have been more loss of property if the fire would spread," said an official.

Local corporator, Jagdish Amin informed that atleast six to eight shanties were gutted in the fire.

Nine fire engines, six jetties and two water tankers along with an ambulance were rushed to the spot.

Another fire incident was reported near Jaya Nagar Maidan at Chhatrapati Shivaji Marg - Dahisar (East). The fire was identified as Level 1 and was confined within a stock of electricity cables in the Maidan area. Two hose lines and motor pumps were pressed into operation.

"The flame originated at an open area and it was confined in a small area of 200 metres. It was a low level fire and there was no casualty," stated an official.