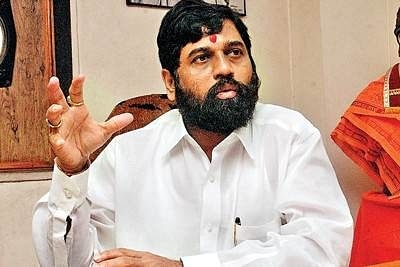 At a time when the Shiv Sena-led Maha Vikas Aghadi government proposes to recognise the contribution of social reformers, a senior Shiv Sena leader and state Urban Development Minister Eknath Shinde was being targeted for black magic practice. The Vikramgad police have arrested two persons after they found that they were performing tantric puja to harm Shinde by placing lemon, pepper and red tilak.

The police have recovered a chicken which was brought for sacrifice. Along with this, all other goods have also been seized which were mobilised for black magic practice.

The police said the duo was engaged in carrying out black magic and recovering money from those who fall prey to their tricks.

The police are conducting the investigation to find out the brain behind initiating the black magic against Shinde.

Although the police have nabbed two persons, it has raised an alarm for the state government. The timing coincides with the completion of seven years for the enactment of Anti-Superstition and Black Magic Act in Maharashtra by the Congress-NCP government in December 2013. The act criminalises practices related to black magic, human sacrifices, use of magic remedies to cure ailments and other such acts which may exploit people's superstitions.

Shinde’s supporters were shocked after the incident came to the fore. Shinde, who recently recovered from COVID-19, has been quite active in Thane and Palghar districts to pursue a slew of development projects but also to consolidate Shiv Sena’s presence.

Shinde’s close confidante from Thane Ram Repale made a strong case for a thorough police probe to find out why his leader has been targeted when he has been working hard for development of people from Thane and Palghar districts. “It looks like a well-orchestrated ploy to target him in the political one-upmanship. The police should find the main forces behind it,’’ he said.