The Governor who is also the Chancellor of public universities in the State was addressing the full-fledged meeting of vice chancellors of Maharashtra's non-agricultural universities at Raj Bhavan, Mumbai.

Stating that many private universities are doing well through self-finance and distance education programmes, he called upon the State universities to take steps to implement the National Education Policy in an effective manner.

The Governor who is also the Chancellor of public universities in the State was addressing the full-fledged meeting of vice chancellors of Maharashtra's non-agricultural universities at Raj Bhavan, Mumbai.

Stating that the National Education Policy lays thrust on culture and Indian knowledge system, Governor Koshyari asked vice chancellors to create small Advisory Committees comprising dedicated officers, professors, young people and resource persons to advise them on the effective implementation of the policy in universities. The Governor said he will hold a follow up meeting of vice chancellors within six months to discuss the Action Taken on the issues agreed upon in the meeting.

Dy CM asks Universities to shape up; wants Key Result Areas for VCs to be reported on Dashboard

Expressing strong displeasure over the poor performance of some of the universities in Key Result areas such as declaration of results of various examinations on time, Deputy Chief Minister Mr Devendra Fadnavis asked the vice chancellors to take note of the lacunae and make amends quickly.

Expressing the need for bringing a robust digital system to make the implementation of National Education Policy effective, Mr Fadnavis called for creating a Live Dashboard to report the 17 Key Result Areas of the Vice Chancellors to monitor the situation from time to time. Laying thrust on greater transparency by educational institutions, the Deputy Chief Minister said the findings of the College Inspection Teams should be made available on the websites of the colleges. He said while good progress is being made in achieving higher Gross Enrollment in the State, the Universities must pay focused attention on bringing excellence in education. Mr Fadnavis expressed concern over the low percentage of voter registration among college students.

Start 4 -year degree courses from June, mandates H & TE Minister; Says Voter Registration will be made obligatory for students above 18

Stating that as against the goal of attaining the enrollment of 50 lakhs students in the higher education system, Maharashtra has enrollment of only 32 lakh students. He called upon universities to run a campaign to encourage higher enrollment.  He also reminded all to take cognisance of the recommendations of NEP regarding providing education in the mother tongue and skill development.

Minister of Skill Development Mangal Prabhat Lodha asked all universities to open Skill Departments and design innovative skill programmes that would enable youths to find jobs locally. He said his department has sent Rs 5 crore to all universities for opening skill centres.

Chief Electoral Officer of Maharashtra Mr Shrikant Deshpande called upon universities to create Electoral Literacy Clubs to involve the students in the democratic process. He said as many as 90 per cent of University and College students are presently out of the Voter Registration list. He called for efforts by universities and the government to ensure cent per cent enrollment of students as voters.

The meeting discussed issues such as Areas of Concern for Implementation of NEP 2020, Academic Calendar of Universities, Formation of Students Grievance Redressal Cells, Development of User Friendly Websites, Online Payment Facility and Non Availability of Challan, Execution of Memorandums of Understanding, Designing of Self Finance Courses with CSR Funding and Industry Partnerships, NIRF Ranking of Universities, status of autonomy of colleges, implementation of Choice Based Credit System, Implementation of the Recommendations of Examination Committee Reforms, Academic Audit of University Departments and Centres of Competitive Examinations, etc.  Vice Chancellors of various universities also spoke of their concerns and problems in the meeting. 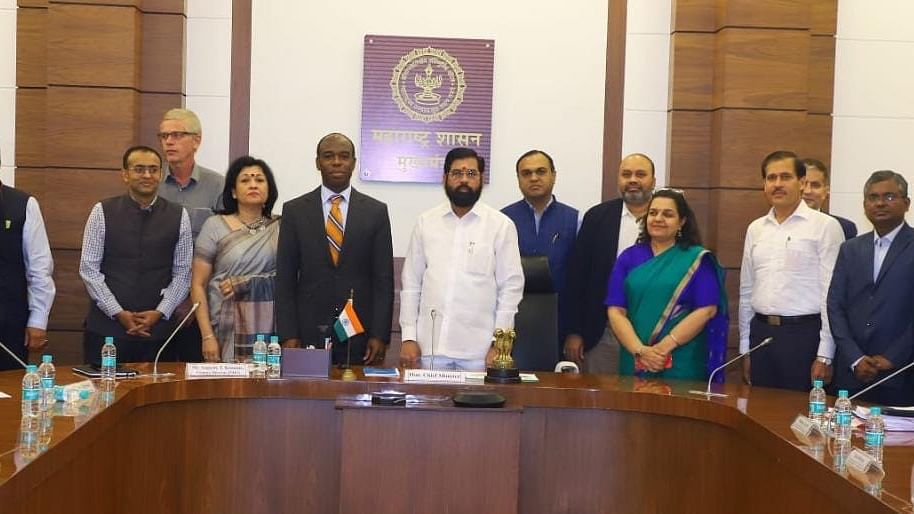