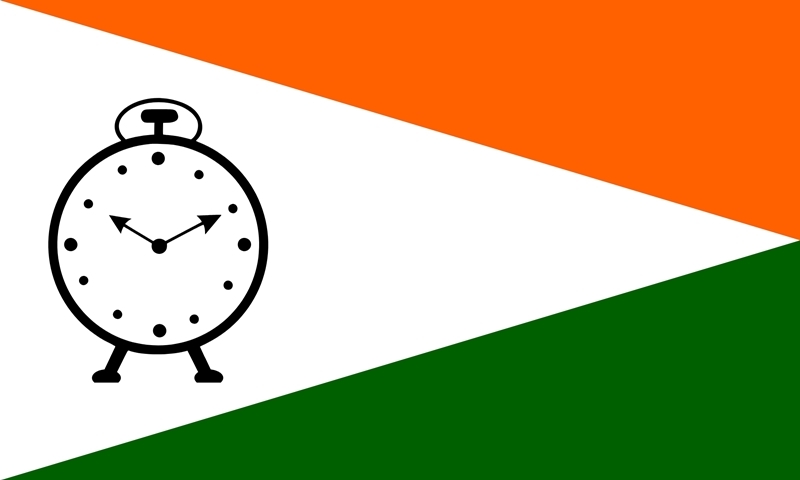 Pune: An offence was registered against an NCP "polling agent" for spreading "false information" that votes cast in favour of the party nominee automatically got transferred to his BJP opponent through a "malfunctioned" EVM during the Satara Lok Sabha bypoll in Maharashtra on October 21, police said on Wednesday.

The officials have identified the polling agent as Deepak Raghunath Pawar, hailing from Navlewadi village in Satara district in western Maharashtra.

Villagers had claimed that votes cast in favour of the NCP nominee Srinivas Patil were going into the "account" of BJP candidate Udayanraje Bhosale.

Though the claim was denied by poll officials, Kirti Nalawade, the returning officer for the Koregaon Assembly segment under which Navlewadi is located, had said that the Electronic Voting Machine (EVM) was replaced.

He, however, clarified that the replacement had "nothing to do" with the vote transfer claims.

The complaint against Deepak Pawar was lodged with Pusegaon police by G G Gaikwad, the assistant administrative officer who was the presiding officer at the polling booth.

A police officer said a non-cognisable offence was registered against Pawar under section 505(1)(b) (with intent to cause, or which is likely to cause, fear or alarm to the public, or to any section of the public whereby any person may be induced to commit an offence against the State or against the public tranquillity) of the Indian Penal Code (IPC).

"Pawar gave wrong and false information to media persons that votes cast in favour of NCP candidate were going to the BJP. He tried to create misunderstanding about the election procedure in the society," said V B Ghodke, Assistant Police Inspector, Pusegaon police station.

Ghodke said the police will seek permission of court for further investigation.

NCP legislator Shahshikant Shinde had said he was witness to the "vote transfer" in favour of the BJP candidate when he visited the polling booth at Navlewadi village.

He had claimed that when he raised the issue with the election officials from the polling booth, they hurriedly changed the EVM machine.

Bypoll for the Satara Lok Sabha constituency was held simultaneously with the Maharashtra Assembly elections on October 21.

The byelection was necessitated after sitting NCP MP Udayanraje Bhosale resigned and joined the BJP.