Patil said that to create awareness among motorists about the imposition of increased fines on them, we also created awareness to complete incomplete documentation of their vehicles
Staff Reporter 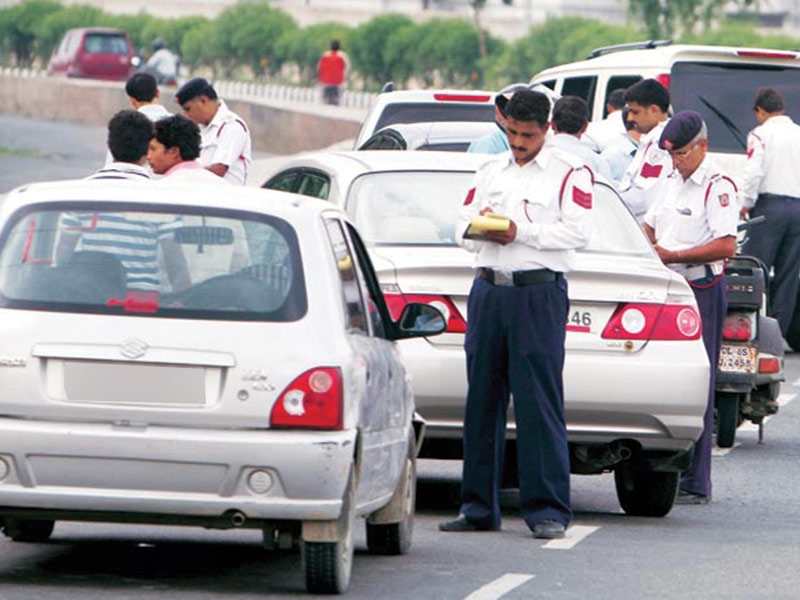 The Thane Traffic police on Thursday carried out a 'No Challan day' across the Thane commissionerate to create awareness about the increasing fine over violation of traffic rules.

Balasaheb Patil, Deputy Commissioner of Police, Traffic, Thane city said, "We usually keep giving e-challan to traffic violations but never create awareness about the fine for a violation they go through during the ride. We had carried out the drive at 36 places in the 18 units across Thane, Kalyan, Dombivli, Bhiwandi, Ulhasnagar and Ambarnath among others," he added.

Patil further said on December 30, we announced a "No challan day" and had not fined but created awareness by placing hoardings and banners about the new fines on the traffic violations.

Patil said that to create awareness among motorists about the imposition of increased fines on them, we also created awareness to complete incomplete documentation of their vehicles and to ensure that no fines are levied on motorists in future under the Motor Vehicle Act.

"The day was organized to provide an opportunity for counselling and correction to motorists violating the Motor Vehicle Act. At every checkpoint, we had a 15 to 30 minutes session creating awareness about the fines," he added.

Patil further said if an auto-rickshaw driver has a fine of Rs 3,000 or Rs 5,000, "It will be a high amount with a burden for him to pay it up. Instead, we counsel and create awareness as to how he can be safe from such violations. Like wearing a uniform to drive safely," he added.

Patil added that many motorists were scared earlier that they would be fined for some violations but they were shocked after seeing us creating awareness about the violations and increase in fines.