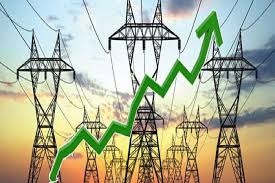 Thane: Airing the grievances of local residents, BJP workers staged a protest in Thane on Wednesday against a hike in electricity charges by state-run distribution company Mahavitaran.

The protesters demanded deferment of the decision till 2021 stressing that there is immense financial pressure on the public due to the coronavirus pandemic and scores of people have lost their jobs in the past few months.

Niranjan Dhavkhare, BJP president for Thane city and local MLA Sanjay Kelkar were among those who held a demonstration outside the office of Thane Collector Rajesh Narvekar.

The protesters handed a letter to the collector and demanded that the hike in power charges from April 1 be pushed to next year. They also asked for the facility to pay the bills in installments for six months. Electricity supply to consumers shouldn't be disconnected over bills for next one year and there should not be any interest on pending bills were their other demands.