According to the police, the deceased woman was identified as Vijaya Baviskar (58), a resident of the Anand Shil building near Tilak chowk

A 58-year-old woman was found dead at her Dombivli flat on Monday morning. Prima facie, the police believe that the woman was strangled to death. The Tilak Nagar police in Dombivli have registered a murder case and are waiting for the postmortem report to know the exact reason behind the death.

According to the police, the deceased woman was identified as Vijaya Baviskar (58), a resident of the Anand Shil building near Tilak chowk in Dombivli east. She resides alone on the first floor of the building in a rented flat.

"Vijaya was married and got divorced with her husband 30 years ago. Since then, she has been staying alone. She has three sisters who are well settled and are with their family," said a police officer.

The police said on Monday that the house helper came for work as a daily schedule. She found the flat had a latch on the main door. "The house helper opened the door to get in the bedroom where she found Vijaya with her tongue was stuck in-between the teeth," said a police officer.

The police said the house helper inform the neighbour who then informed the police and Tilak Nagar police reached the spot.

The crime branch sleuths from Kalyan too reached the spot and started the investigation.

"First we suspected that her throat had been slit. But we reached the spot to find symptoms like tongue came out and stuck in-between the teeth. It clearly indicates that she was strangled to death that resulted in her tongue coming out," said a police officer.

Ajay Aafale, senior police inspector, Tilak Nagar police station confirmed a murder case registered under a section of the Indian penal code and said we are waiting for the post mortem report to get a clear picture or reason of the dead.

The police team suspect Vijaya was killed on Sunday evening. "We are investigating to find if the person who came in to meet her on Sunday or the person who made her call would be suspicious. Also, we are checking the CCTV footage from the vicinity to check the movement in the building," said a police officer. 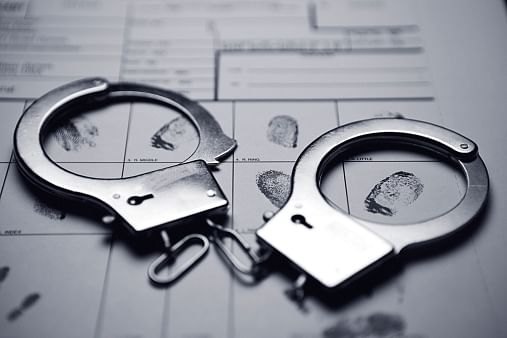