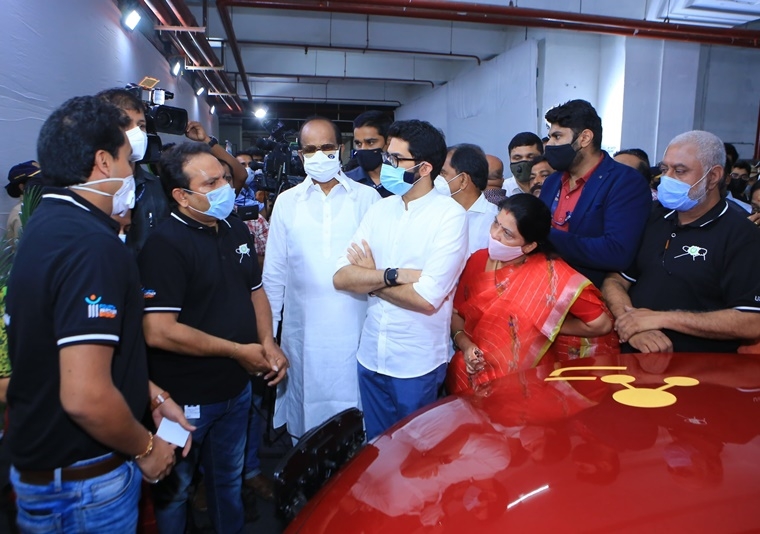 "It is an attempt to promote usage of electric vehicles and taking a step ahead to protect the environment," Aaditya Thackeray was quoted as saying by news agency ANI.

Taking to Twitter, the minister said that this is very encouraging as we move in the direction of making Maharashtra electric vehicle-friendly.

"Inaugurated an EV-enabled parking lot at Kohinoor building in Mumbai. This is very encouraging as we move in the direction of making Maharashtra Electric Vehicle friendly," Aaditya Thackeray tweeted.

Aaditya Thackeray, in another tweet, wrote: "We had announced our state's EV policy about a month ago. It is heartening to witness such efforts from all fronts. This is one of the many steps we as govt take for the greater good of our earth."

Meanwhile, the Brihanmumbai Municipal Corporation (BMC), in a release, claimed that the station, where seven EVs can be charged at a time, is first of its kind facility to come up at a public parking lot in the state.

"In areas with a high number of electric vehicles, it is necessary to give priority to start charging stations. In this regard, a detailed survey should be conducted and charging stations should be made available in more and more parking lots," he said.

Parking and charging facilities have been made available at the newly set up station which will be open for people round the clock, the release said. Seven chargers are available at the station and four of them are fast ones which can fully charge an EV in 1 to 1.5 hours. Three slow chargers can charge a vehicle in six hours, the release said. It said Rs 15 per unit will be collected for charging vehicles.