The Chakrabortys arrived at the DRDO guesthouse in Santacruz, where the CBI team is currently lodged.
Pratik Salunke 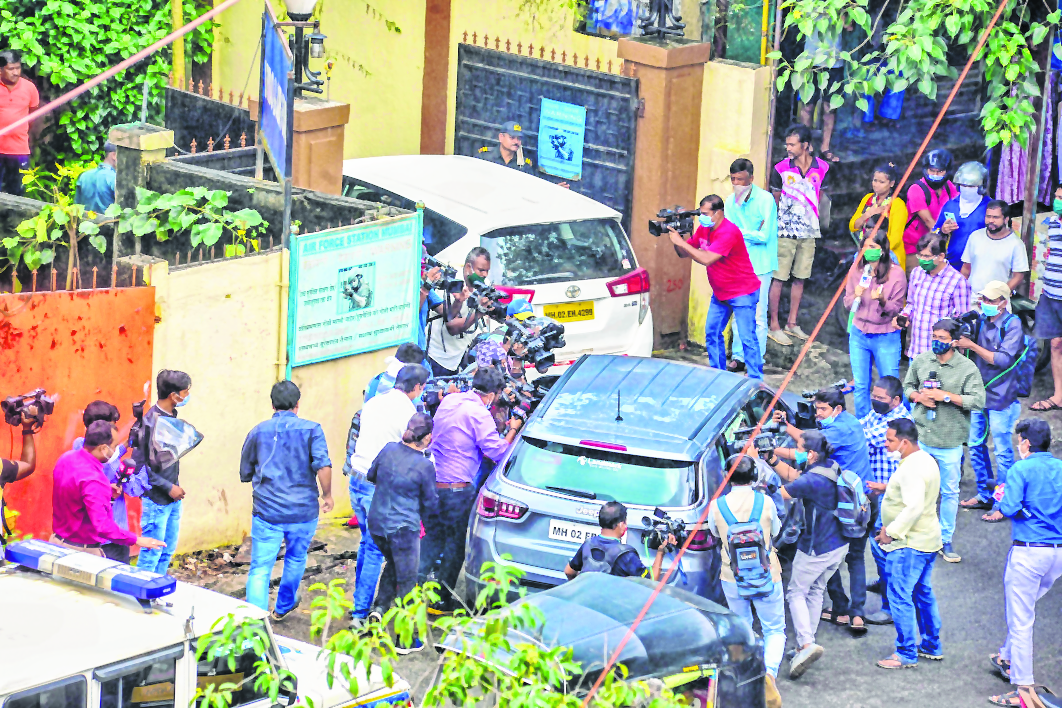 The Central Bureau of Investigation (CBI) on Tuesday questioned actor Rhea Chakraborty's parents in connection with the death of actor Sushant Singh Rajput.

This is the first time that Rhea's parents - father Indrajeet and mother Sandhya Chakraborty - were questioned by the CBI. The duo has been mentioned in the FIR registered by the Patna police on a complaint by the late actor's father KK Singh for allegedly playing a role in the death of the actor. The allegations pertain to abetment of suicide and siphoning off the actor's funds.

The Chakrabortys arrived at the DRDO guesthouse in Santacruz, where the CBI team is currently lodged.

The questioning of the parents follows that of Rhea and her brother Showik for the last four and five days respectively. The agency also questioned Rajput's former manager Shruti Modi, assistant Neeraj Singh, flatmate Siddharth Pithani and cook Keshav.

Sources stated that the investigation of Rhea's parents is being done to corroborate statements made by Rhea and Showik and ascertain the circumstances that led to the death of Rajput. Rhea has, in the past, denied allegations made by Rajput's family.

Meanwhile, the Enforcement Directorate (ED) on Tuesday continued questioning Goa hotelier Gaurav Arya for the second consecutive day at its Ballard Estate office. The agency, which is probing the money-laundering angle in the case, has been questioning Arya on financial transactions between him and Rhea. Arya's name had surfaced after his chats with Rhea, in which they allegedly discussed drugs. Arya has denied any links with the case.

Multiple agencies have swung into action to probe the circumstances that led to the death of the actor. "There is co-ordination between the agencies on various angles of the case," said a source.