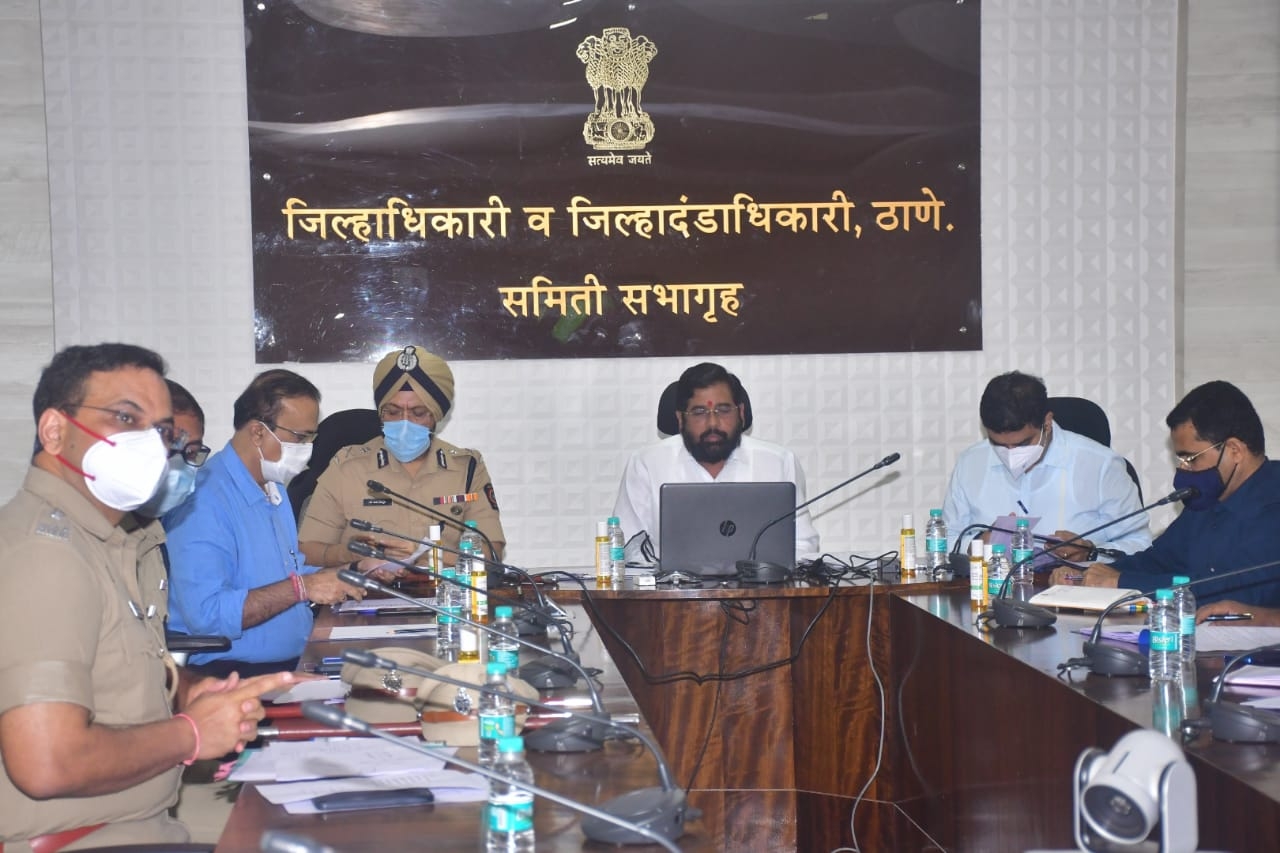 Thane: In the wake of increasing traffic snarls, owing to the prevalence of potholes across the city and on highways, Maharashtra Guardian Minister Eknath Shinde on Friday directed the Thane city traffic police to block the entry of heavy vehicles inside Thane city limits from 12 pm to 4 pm.

Shinde also suggested forming a task force team, which under the leadership of Thane collector, would keep a track of the repair and maintenance of the roads.

As the daily traffic on the Mumbai-Nashik-Bhiwandi highway made its way to the city limits, Shinde carried out a survey of the roads and highways in the city.

During the meeting, Shinde directed authorities to block the movement of heavy vehicles through Thane city from 12 pm to 4 pm.

He also suggested that if parking lots are made available for vehicles passing through the city, it will decrease the movement and ease the traffic.

The Thane and Raigad collectors were ordered to come up with a truck terminus on the borders of the city and look after a proper space for it. It was also decided that a task force team will be formed for the betterment of city roads.

The task force team will be headed by the Thane collector and will include officials including seniors from the Public work department, Maharashtra and Thane, Additional Municipal Commissioner, Thane Municipal Corporation, Deputy Commissioner of Police, Thane City Traffic along with officials from MMRDA, MSRDC, NHAI and other technical teams members. “The task force team will see if road repair and maintenance before the monsoon season is done properly or not.

Moreover, the team will have the power to take action against the contractor and civic engineer held responsible for not maintaining the road,” added Shinde.