'State is trying to kill him, we have only one demand - don’t kill him in jail': Varavara Rao's family 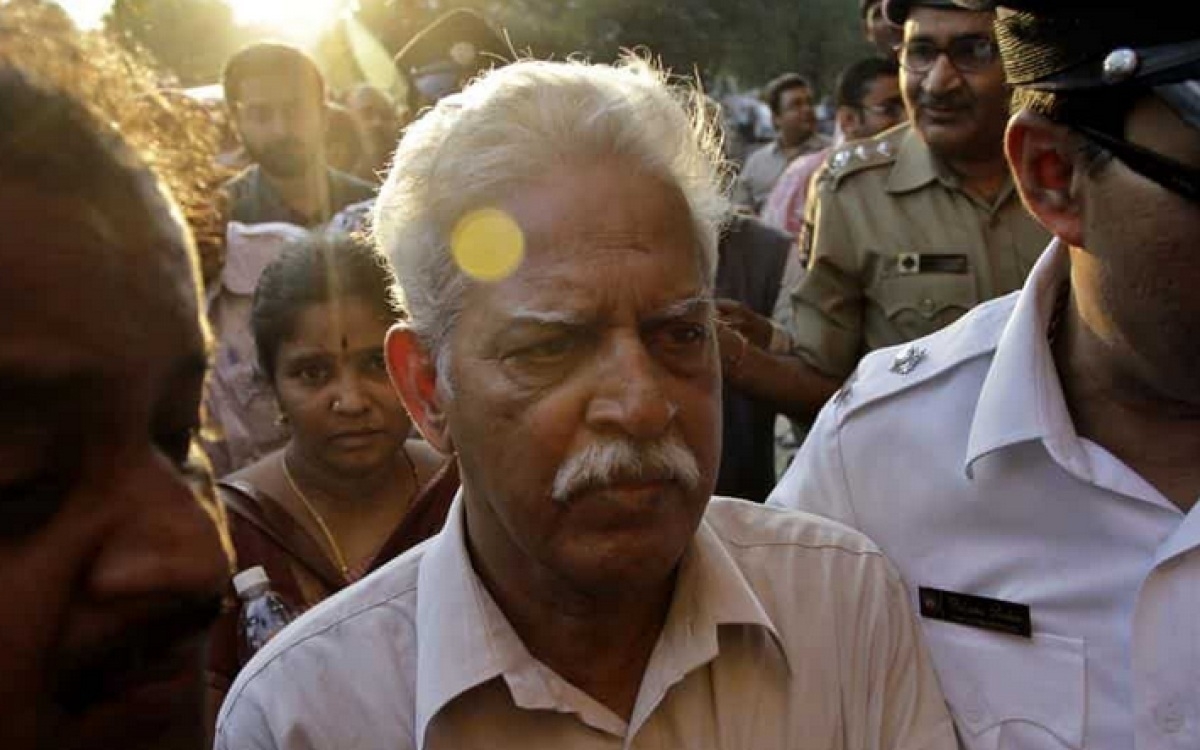 Mumbai: Saying Varavara Rao is “totally disoriented, delirious” his family in an online press meet demanded immediate medical treatment for him by shifting him to JJ Hospital or a multi-speciality hospital.

On a routine phone call from jail yesterday, they described his condition as ‘horrifying’. While speaking with his wife Hemalatha, 73, the 81-year-old Telugu poet could not understand her questions, they said. “He started talking about the arrangements for the funeral of his parent. This happened 75 years ago when he was a young boy,” said his nephew and journalist Venugopal Rao, breaking down.

He was hallucinating, in delirium, they said. Medical experts have told them that the condition could be due to brain damage due to electrolyte imbalance. Rao had fallen unconscious in Taloja jail in May-end and was admitted in JJ hospital with complaint of giddiness. Family said he was unconscious when taken to hospital and test reports submitted to court showed he had electrolyte imbalance. “The minimum sodium level should be between 135 to 150 and his level was 133 when he was discharged. He was discharged even when his sodium levels had not reached the minimum, so that the NIA can prove that all was fine,” his nephew said. Rao’s youngest daughter Pavana said that his jail inmate and co-accused Vernon Gonsalves told her on the same call that Rao was unable to walk, go to the toilet, take bath or even brush his teeth and that he was assisting Rao in these basic chores. Gonsalves also told her that he heard Rao talking in a delirious state that his family was waiting at the prison gate to receive him as he was being released, she said.

“The state is trying to kill him.. We have only one demand - don’t kill him in jail,” they said. Daughter Pavana told further that her father being an orator never had difficulty finding words. “He had a good memory, being able to remember old historical dates, but yesterday on the phone call, he was unable to speak a sentence in flow. After every sentence, there was a 20-30 second gap. He was repeating and speaking like a child,” she said.

Calling on the Maharashtra, Telangana, central government and jail authorities to give him urgent medical attention, they said that if a person like him were to die because of negligence, it would be pathetic.

Varavara Rao is an accused in the Elgar Parishad - Bhima Koregaon case and has spent 22 months in prison. His interim bail plea before the sessions court was recently rejected.