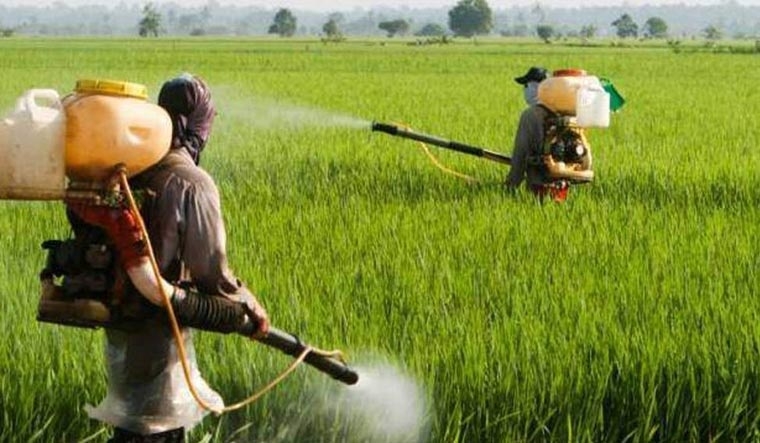 The Rashtriya Swayamsevak Sangh (RSS) affiliate Swadeshi Jagran Manch (SJM) has urged the Centre to completely ban the use of Glyphosate through Pest Control Operators (PCOs) in the agriculture in India. It has called upon the Centre to immediately withdraw the draft notification on the use of Glyphosate Order, 2020, saying that the entire concept is ill-conceived and meaningless. Glyphosate is essentially a broad spectrum weed killer, whose main attraction is the saving of labour costs for farmers. According to SJM, Glyphosate is being the subject of litigation and out of court settlements, primarily due to its risk of causing cancer.

Glyphosate is essentially a broad spectrum weed killer whose main attraction is the saving of labour costs for farmers.

However, SJM, in a letter to the Union Ministry of Agriculture and Cooperation and Farmers Welfare, said it will be impossible to implement and control illegal practices by which Glyphosate is presently being used. In fact, the proposal shall result in increased damage to consumer health, farmer interests, farm workers’ livelihoods and ecology. SJM feared that the order does not restrict sale but only usage to be done by PCOs. Once a sale takes place, there will be no means of controlling usage by lakhs of farmers who may or may not use a PCO.

“We would like to bring it to your notice that this is the demand of around 2 lakh signatories to totally ban the use of Glyphosate through an online petition by the SJM since 2019 addressed to the Prime Minister,’’ said co-convenor Dr Ashwani Mahajan. He has reminded that, currently, there is already a restriction on use of Glyphosate other than for tea plantations and ‘non-crop areas’ (whose definition is itself unclear despite some recent regulatory process).

“Yet glyphosate is blatantly being used for illegally grown Herbicide Tolerant (HT) cotton (HT soya was also reported from Gujarat) and this has been going on for years with the full knowledge of the Genetic Engineering Appraisal Committee, under the Ministry of Forests and Environment and state governments, but it continues unabated and with open defiance of the law,’’ he noted.

“At present, in the US alone, there are more than 1,25,000 lawsuits against the company producing herbicides with glyphosate as major ingredients for having caused rampant spread of cancer. It’s notable that even the World Health Organization's (WHOs) International Agency for Research on Cancer (IARC) had declared Glyphosate to be probably carcinogenic,’’ said SJM in a letter.

Dr Mahajan said it is noteworthy that Kerala, which is a major tea growing state, has asked for a ban on Glyphosate. West Bengal, which is another major tea growing state, has restricted Glyphosate use to only 6 tea-growing districts and will not use it in any state government farms. This apart, several other states have been actively restricting use of Glyphosate due to their concerns for consumers, farmers and environment.

“For India, Glyphosate spreading will be economically destructive, as it destroys employment and removes a vital income source for poor rural households who depend on weeding income. It will result in the rejection of export consignments containing Glyphosate residues by those countries who have strict levels for pesticide residues. It will damage the interests of farmers who are trying to avail of the growing domestic and global market for organic/natural/non chemical food,’’ he opined.