Considering the clout of Pawar in national politics, the discussion about the third front and UPA in the country remain incomplete without discussing the possibility of what Pawar is planning for the next general election.

Sharad Pawar Birthday Special: Will the NCP patriarch succeed in unifying the Opposition? | Twitter
Follow us on

Pawar who started his political journey with Congress has carved out his niche in the state of Maharashtra as well as national politics.

He is one of the foremost opposition leaders and is seen as a pivot to the anti-BJP front in the country.

The former Union minister was instrumental in the formation of the NCP-Congress combine's unlikely tie-up with the Shiv Sena last year, after the Sena fell out with its ally BJP following the assembly polls. He checkmated the BJP in 2019 and became the architect of the Maha Vikas Aghadi government. Despite the BJP having steadily played doomsayer, setting new deadlines for the collapse of the MVA government, it has recently completed 2 years in office.

Thus, considering the clout of Pawar in national politics, the discussion about the third front and UPA in the country remains incomplete without discussing the possibility of what Pawar is planning for the next general election.

When the discussions over the diminishing status of Congress was being discussed in the political circle, it was being said that Pawar would become the UPA chief and lead the battle against the BJP's onslaught.

Even people like Sena's Sanjay Raut and INC's Sushil Kumar Shinde endorsed him as the next UPA chairman time and again. However, Pawar had said that he does not have any interest in becoming the chairperson of the alliance.

Pawar even met political strategist Prashant Kishore in Mumbai which had sparked the rumours on the third front formation.

However, the NCP national spokesman and Minister of Minority Affairs Nawab Malik had said, “Pawar saheb had recently said that he would take the initiative in bringing together non-BJP and like-minded parties but he never talked about leadership of the UPA.”

On a new high after sweeping the West Bengal assembly elections in May, West Bengal CM Mamata Banerjee is currently flapping her wings for a national political flight.

Last April, Pawar was planning to campaign for Banerjee during the Bengal Assembly elections but was unable to do so owing to certain constraints.

Both Pawar and Banerjee are keenly making efforts to engage the national opposition parties and give a united fight to the Bharatiya Janata Party in the 2024 Lok Sabha elections.

Besides Pawar, the All India Trinamool Congress chief enjoys a great rapport with Thackeray, whom she has met in the past, though her relations with the Congress -- the third partner in the Maha Vikas Aghadi government here -- are strained.

Mamata recently met Pawar and after the meeting, her "There is no UPA" remark had sparked the controversy.

However, after the NCP's National Executive Meet, categorically denying any attempts being made to form a third front, Maharashtra Minister and Nationalist Congress Party (NCP) leader Nawab Malik said that party president Sharad Pawar will make attempts to bring non-BJP parties across the country on one platform including Mamata Banerjee's Trinamool Congress to form a strong Opposition to defeat BJP.

What did Pawar say about the meeting?

The NCP chief had said that Mamata Banerjee's intention is that in today's situation like-minded forces have to come together at the national level and set up collective leadership.

Further talking about leadership he said that we have to provide a strong alternative to the central leadership. "Our thinking is not for today, but for election, this has to be established and with that intention, she has visited and had a very positive discussion with all of us," the NCP chief added.

When asked if Congress will be a part of it, amid talks of a "strong alternative" in his meeting, Sharad Pawar said, "be it Congress or any other party, the thing is that those who are against BJP, if they'll come together, they're welcome."

Thus now it becomes important to see what will be the next step by the NCP chief in his battle against the BJP in upcoming elections. 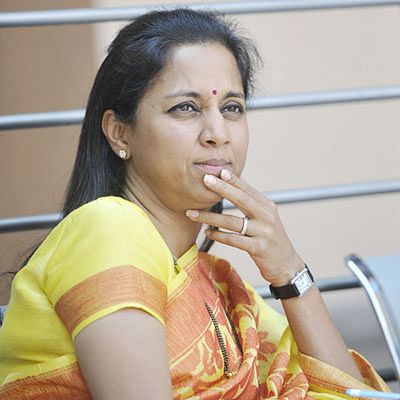