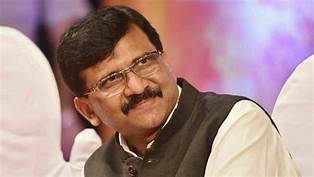 In a bid to pursue its plan to increase its pan-India presence, the Shiv Sena proposes to contest about 80 to 100 seats out of 403 in Uttar Pradesh and 20 out of 40 seats in Goa in the upcoming assembly elections.

Sena MP Sanjay Raut clarified that the party will not field candidates in all 403 seats in UP as announced two days ago by the local party unit. This comes, hours after the Sena’s estranged ally BJP ridiculed the former’s plan.

The Sena plans to contest on the Hindutva ideology in UP. However, the party has not announced if it will join hands with others to take on the BJP.

As far as Goa is concerned, Raut said the state can witness Maha Vikas Aghadi like an experiment. The Congress has made preparations by appointing former home and finance minister P Chidambaram as the party in-charge, while BJP has appointed former CM Devendra Fadnavis as Goa assembly poll in-charge. Sena plans to lure the Marathi-speaking voters apart from projecting the Hindutva agenda.

“The farmers’ organisations in western UP have expressed their willingness to support the Sena and we may ally with smaller parties. In Goa, efforts are on to explore a formula like the MVA. Let’s see if we succeed,” said Raut. He added that the Sena has its cadre in these two states and has been contesting polls, irrespective of its success or failure.

In the 2017 assembly elections held in UP, Sena had fielded 57 nominees, of which 56 seats were lost, while in one seat the candidate had got few votes. To a question on Chief Minister and Sena president Uddhav Thackeray’s role at the national level, Raut said, “Thackeray has the capability to become a national leader. The CM is a national leader.”

Regarding change of guards in Gujarat, Raut said, “Last time, the BJP just managed to cross the majority mark (in the 182-member Gujarat assembly). The situation, this time, is not good for the party.”