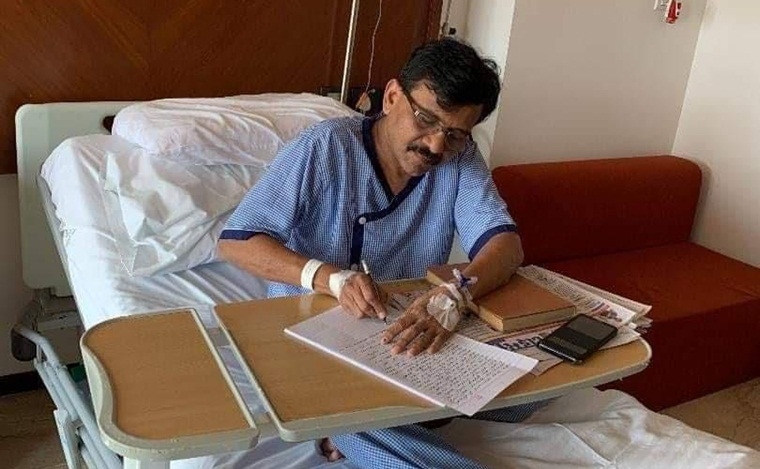 Firebrand Shiv Sena leader Sanjay Raut underwent angioplasty at the Lilavati Hospital on Monday, hours after he complained of chest pain. A photo of Raut has gone viral on social media. The photo is claimed to from Lilavati hospital.

In the photo it can be seen that Sanjay Raut sitting on bed writting something on paper. Sanjay Raut (57), who led the Sena's charge to seek equal share in power with the BJP post-assembly election results in Maharashtra, visited the private hospital in suburban Bandra in the afternoon for routine check-up.

On Tuesday, A day after Maharashtra Governor Bhagat Singh Koshyar refused Shiv Sena's request for providing 48 hours to stake claim to form the government, Sena leader Sanjay Raut took to Twitter and quoted a poem written by poet Harivansh Rai Bachchan in Hindi and said his party has not given up and "will succeed". 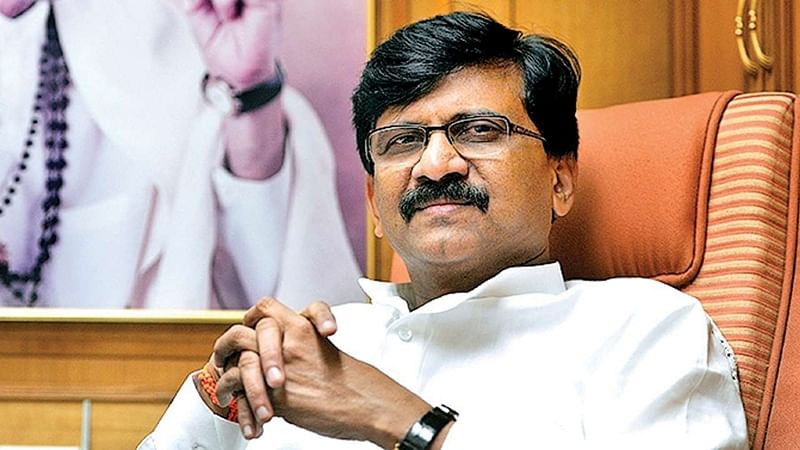 We will succeed, says Sanjay Raut after setback over government formation

Raut tweeted: "Lahron se dar kar nauka paar nahi hoti, koshish karne walon ki haar nahi hoti (If you have fear of waves, you won't be able to cross the ocean.. those who try, never lose," he tweeted in Hindi, adding, "hum honge kamyab.. zaroor honge (we will succeed, for sure)".

The Shiv Sena leader is currently admitted at the Lilawati hospital after he complained of chest pain. Shiv Sena, after breaking ties with BJP over the chief ministerial post, is in talks with NCP over the government formation in the state. Shiv Sena chief Uddhav Thackeray also held a meeting with NCP chief Sharad Pawar on Monday.