#ResignDevendraFraudnavis trends after Fadnavis takes charge as CM of Maharashtra 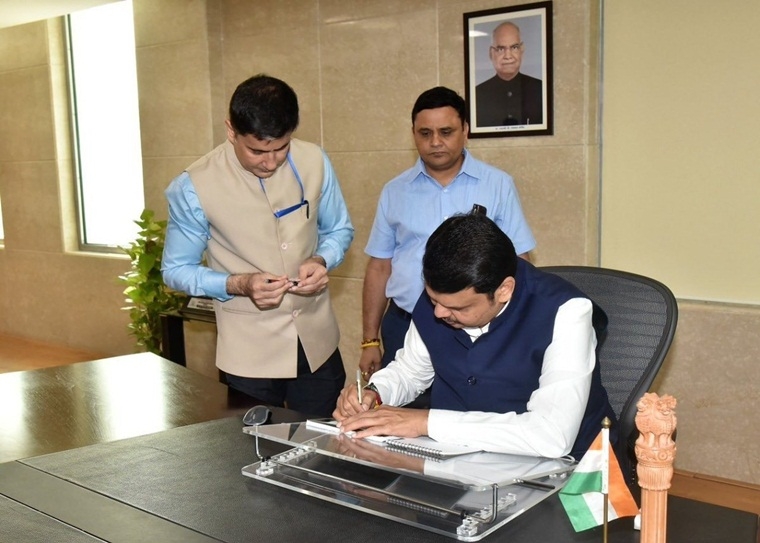 After which, CMO Maharashtra tweeted, "CM Devendra Fadnavis’ first signature of this tenure was done on a #CMReliefFund cheque, on reaching Mantralaya, which was handed over to Kusum Vengurlekar by CM."

Later netizens slamming Devendra Fadnavis and asked him to resign. One user said, "We are feeling shame on you." Twitterati also dug out Fadanvis' old video in which he can be heard mocking Ajit Pawar. In the video, Fadnavis can be heard saying "Ajit dada would be Chakki peesing, and peesing and peesing". One user tweeted the video and wrote, "He should definitely resign the post ... Shame."

Chief Minister Devendra Fadnavis should resign to end the political crisis in Maharashtra.#ResignDevendraFraudnavis

The people of Maharashtra . Maharashtra people will never forgive you Dev Fadnavis #ResignDevendraFraudnavis

The three-Judge Bench of the Supreme Court comprising Justices NV Ramana, Ashok Bhushan, and Sanjiv Khanna, in their hearing on Monday, reserved the verdict for 10.30 AM on November 26. Mukul Rohatgi, who is a designated Senior Counsel and the former Attorney General for India, objects to the floor test being conducted within 24 hours and States that Maharashtra CM Devendra Fadnavis should be given time to respond to the petition, after laying down the procedure for formation of government in the State.