Last rites on Jhunjhunwala were performed at the Banganga Crematorium on Sunday night.

Two days after Rakesh Jhunjhunwala's death, the prayer meet of India's ace stock market investor and a promoter of the recently-launched Akasa Air was held in Mumbai on Tuesday. The meet began at 4 pm at Bombay Stock Exhange (BSE)'s International Convention Hall and witnessed several attendees.

Last rites on Jhunjhunwala were performed at the Banganga Crematorium Sunday night.

Son of an income tax officer, he is survived by his wife and three children.

The cremation was scheduled to be held at 5:30 pm but it was delayed as the arrival of Jhunjhunwala's brother from Dubai was awaited.

Jhunjhunwala was brought dead at the city's Breach Candy hospital early on Sunday morning. Suffering from kidney disease and ischemic heart disease, the hospital certified that cardiac arrest was the cause of his death.

Here's all you need to know about Rakesh Jhunjhunwala:

hunjhunwala, an Indian billionaire businessman, investor, and stock trader, he was born on 5 July 1960 and passed away on 14 August 2022. As a partner in his asset management company, Rare Enterprises, he oversaw his own portfolio.

Jhunjhunwala was raised in Bombay, where his father was an income tax commissioner, in a Rajasthani family. His last name suggests that his ancestors were from the Rajasthani village of Jhunjhunu. After completing his studies at Sydenham College, he applied to the Institute of Chartered Accountants of India.

Jhunjhunwala became interested in stock markets after hearing his father and his friends talking about them. While providing him with market guidance, his father never offered him any money to invest and banned him from approaching acquaintances for loans. Rakesh began investing while still a college student because he had savings available. His investment, which he made in 1985 with Rs 5,000, is now worth Rs 11,000 crores.

Board of directors of several companies

Besides being a prominent investor, he is also on the board of directors of several companies, including Prime Focus Limited, Geojit Financial Services, Bilcare Limited, Praj Industries Limited, Provogue India Limited, Concord Biotech Limited, Innovasynth Technologies (I) Limited, Mid Day Multimedia Limited, Nagarjuna Construction Company Limited, Viceroy Hotels Limited, and Tops Security Limited. He also serves as chairman of Aptech Limited and Hungama Digital Media Entertainment Pvt He is renowned for his stock market forecasts and upbeat outlooks and is sometimes referred to as the "Big Bull of India" and the "King of Bull Market." And is known for his market predictions. 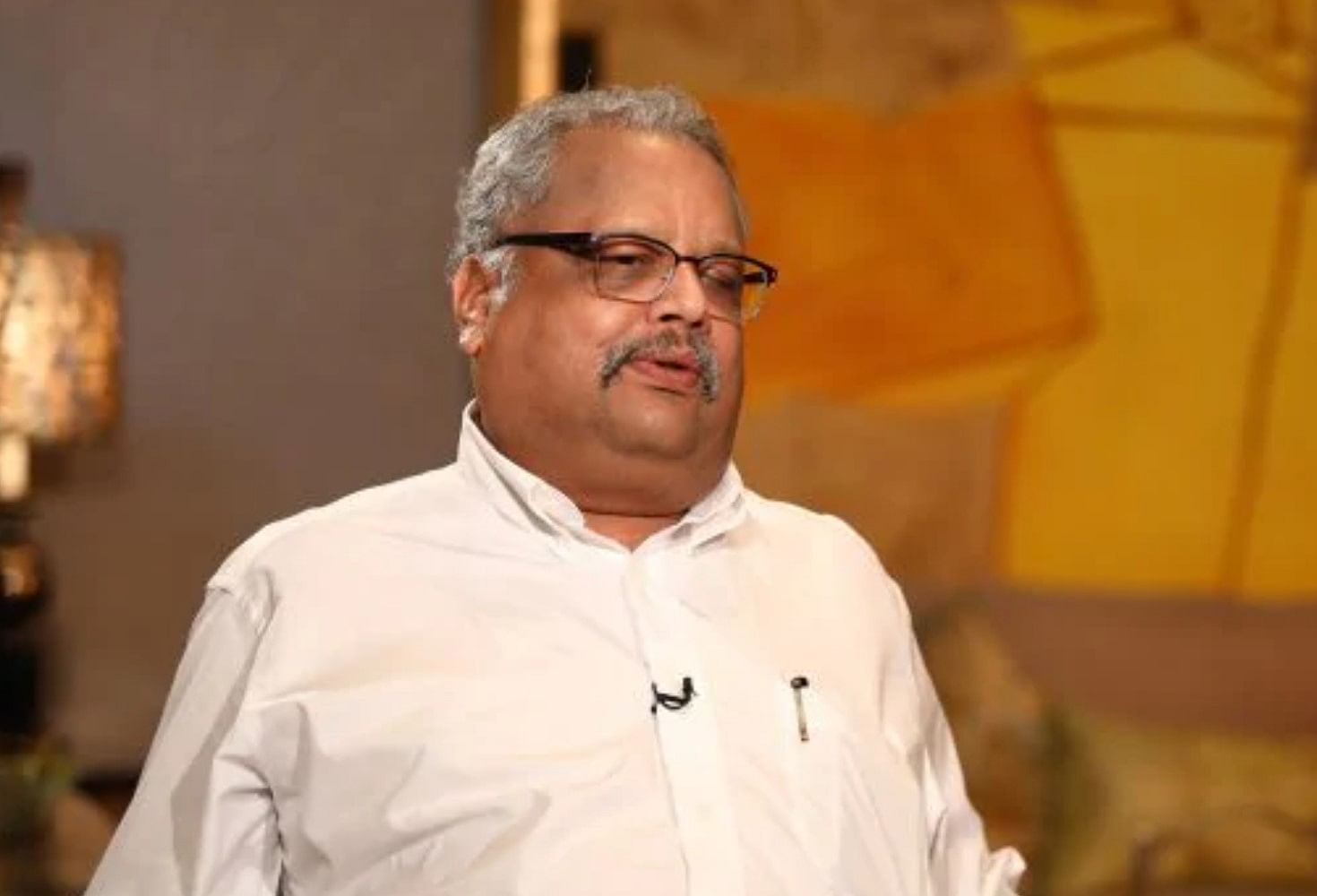 Vinay Dubey, a former Jet Airways CEO, and Rakesh Jhunjhunwala launched Akasa Air, an airline based in India. As of August 9th, 2022, the airline will fly to 3 cities and currently has 2 aircraft with orders for an additional 70 aircraft.

For Rs 176 crore in 2013, Jhunjhunwala acquired six of the twelve units of the Ridgeway flats at Malabar Hill from Standard Chartered bank. Later in 2017, he paid HSBC bank Rs 195 crore to purchase the remaining 6 units in the building. After demolishing the previous structure, he started building a new 70000 square foot, a 13-story mansion in 2021.

As of January 28, 2020, Rakesh Jhunjhunwala was the subject of an inquiry for insider trading. After receiving a total payment of Rs 35 crore from Jhunjhunwala and his associates, the SEBI resolved the matter as of July 2021. Jhunjhunwala paid Rs 18 crore, while his wife contributed Rs 3.2 crore.