Rajgruha: A living memory of Ambedkar 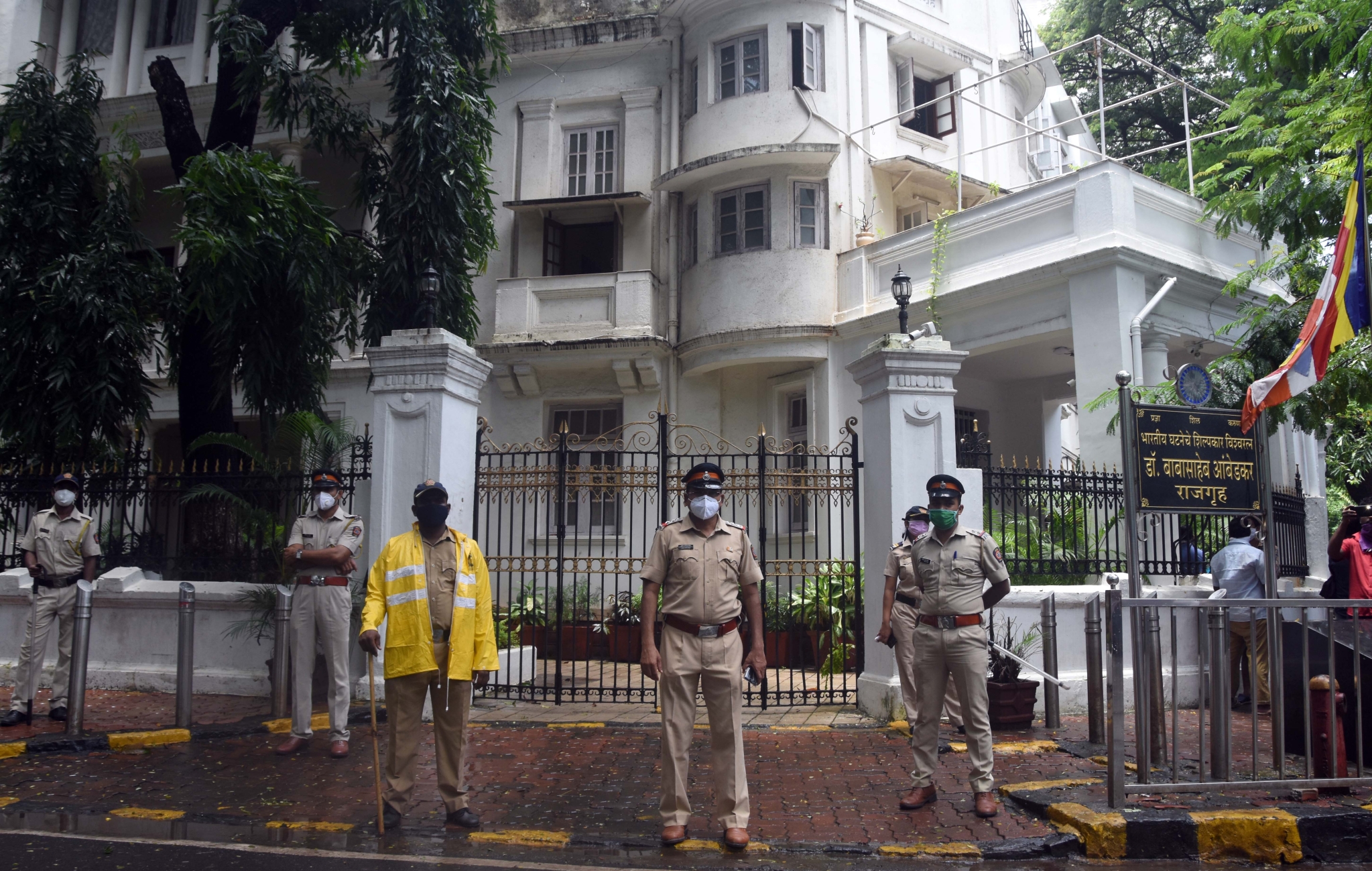 Dr Babasaheb Ambedkar’s residence Rajgruha at Hindu Colony in Dadar, which was attacked by miscreants on Tuesday night, is an important landmark in the Ambedkarite movement.

Seen as a ‘living monument’ of the framer of the Indian Constitution, the house signifies Ambedkar’s interest in Buddhist thought and philosophy much before his formal conversion to Buddhism in 1956.

It was also used in the 1940s by Ambedkar as an informal hostel for students from rural areas and poor backgrounds who came to Mumbai to study in the institutions run by his Peoples Education Society (PES).

Members of the Ambedkar household presently reside at Rajgruha. Construction of the house was launched in 1930 and was completed in 1934, when Ambedkar moved in with his family.

“The name of this house is rooted in the Buddhist culture as the capital of a Buddhist king. Babasaheb made his intent to convert out of Hinduism clear in 1935, but he had been interested in Buddhism since being presented with a copy of the Buddha’s charitra (biography) by Krishnaji Arjun Keluskar Guruji after passing the matriculate examinations,” said Ambedkarite intellectual JV Pawar.

Pawar, who was an aide of Ambedkar’s son Yashwant (Bhaiyyasaheb), said Rajgruha had been constructed more as a house for the books of India’s first law minister. “Babasaheb used to meet intellectuals here for discussions and debates,” said Pawar, adding that the house had been built from the proceeds of the sale of another building named ‘Charminar’ that was located nearby.

“Till the time that he was satisfied with the design, Babasaheb asked for the building to be pulled down during construction and re-built,” revealed Pawar. In 1942, Ambedkar became the labour member (equivalent of the labour minister) in the council of Viceroy Lord Linlithgow.

The PES had been established in 1945, with Siddharth College being started a year later. Siddharth is also the name of Lord Buddha.

Babasaheb spent more time in Delhi. Hence, he let students from rural areas and underprivileged backgrounds, who had come to Mumbai to study in the college stay at Rajgruha, making it into an informal hostel, he explained.

“This must be the first such building which was built for books, and later used as a hostel for students,” added Pawar.

After the death of Ambedkar’s first wife Ramabai (May, 1935) at Rajgruha, her mortal remains were kept here. After Babasaheb’s death on December 6, 1956, his funeral procession began from Rajgruha and was the largest such processions in the city’s history with lakhs of mourners. Similarly, the funeral processions of his second wife Dr Savita aka Mai (2003), and son Yashwant (1977), also began from Rajgruha.

Ambedkarites, who flock to Mumbai on December 6, also pay their respects at Rajgruha.