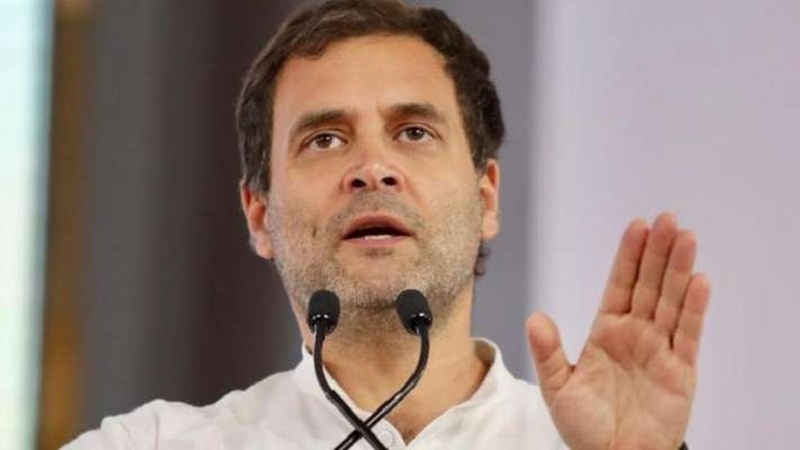 Ahmednagar: Amidst a raging controversy over the contest for Ahmednagar Lok Sabha seat in Maharashtra, senior Congress leader Radhakrishna Vikhe Patil Saturday disclosed that party chief Rahul Gandhi had suggested that his son Sujay could fight on NCP ticket. He also said that accepting Gandhi’s suggestion would have been like committing a “political suicide” for him. After the Sharad Pawar-led NCP refused to leave the seat for Sujay Vikhe Patil, the latter joined the BJP and contested as the saffron nominee.

The development prompted the Vikhe Patil senior to quit his position as the Leader of Opposition in the state Legislative Assembly. Vikhe Patil also said that he had requested Pawar for exchanging the Ahmednagar seat with either Shirdi or any other constituency, but the NCP chief remained adamant. Ahmednagar voted during the third phase on April 23. “I worked hard as Leader of Opposition in Legislative Assembly and did every bit to expose the BJP-led government. But when I sought ticket for Sujay for Ahmednagar, Rahul Gandhi suggested that let Sujay contest as NCP candidate. I was shocked. (Accepting the suggestion would have been) somewhat like a political suicide for me,” he told reporters at his hometown Loni in Ahmadnagar district.

The Ahmednagar contest turned out to be a battle of prestige between the Vikhe Patils and Pawar who have a long-standing political feud in the region. “I met NCP supremo Sharad Pawar quite a few times and requested him to exchange Ahmednagar seat with either Shirdi or any other constituency. But Pawar remained adamant on his stand,” he alleged. Vikhe Patil said he had resigned as the leader of opposition on March 15. “The party finally accepted my resignation (on April 25) which is alright. Because, I myself had put papers in,” he said. Responding to a query on his future political course, a day after he campaigned for a Shiv Sena nominee in Shirdi constituency which is going to polls on April 29, Vikhe Patil said he would take a call after speaking with his supporters. Vikhe Patil also accused Pawar of using his brother Dr Ashok Vikhe Patil against him in the poll campaign and making indecent comments about his father late Balasaheb Vikhe Patil.