In a candid conversation with the Free Press Journal, Anand Chandrani speaks about the hurdles he faced while starting the organisation, the changes in the LGBTQIA+ community after Article 377 was scrapped, and more

Pride Month is celebrated every June as a tribute to those who were involved in the Stonewall Uprising in Manhattan. It is considered as a tipping point for the Gay Liberation Movement in the United States. In the beginning, the last Sunday of June used to be celebrated as Gay Pride Day, and later it grew to encompass a month-long series of events across the world which includes parades, parties, concerts, etc.

In India too, Pride Month is celebrated with equal enthusiasm and fanfare, especially after the Supreme Court in 2018 struck down the draconian Article 377 that criminalised gay sex. However, this is mostly limited to metros as smaller cities have still not been able to accept it. To eradicate this stigma and discrimination, several organisations are toiling day and night. And one such organisation is Sarathi Trust.

Founded by Anand Chandrani in 2006 in Nagpur, Sarathi Trust was started with the intention to create a safe space for the LGBTQIA+ community in the Vidarbha district and to bring them into the mainstream. In the last 17 years, the organisation has accomplished what it had set out to do. It has not only been successful in sensitising the society to LGBTQIA+ issues but it has also been able to assist the community in dealing with Sexually Transmitted Diseases (STDs). “I am gay and when I was growing up, there was lots of discrimination and bullying. There was even societal pressure to get married and have kids. While I was working in Mumbai, I came across Humsafar Trust and got inspired by them. After a couple of years, I went to Nagpur and thought of starting an organisation on similar lines. See, at that time, there were many organisations in cities like Mumbai, but in a tier II city like Nagpur, there weren’t any,” Chandrani said in a candid conversation with the Free Press Journal.

One of the first things Sarathi Trust did was create awareness regarding HIV/AIDS among the community. Speaking about this, its founder said, “One of my friends had contracted HIV. We all got scared and tested ourselves. Luckily, no one else was positive. It was then that I thought we must also work on the community’s health issues. We started by visiting private and government hospitals, trying to find out more and more people who were infected with HIV. In this process, we formed a core group and by the time we got registered, we already had around 120 members.” When asked if the organisation faced any challenges in the beginning, Chandrani said they faced obstacles from within the community and not from the outside. With Nagpur being the headquarters of the Rashtriya Swayamsevak Sangh (RSS), he said many people had warned him before starting the trust. “When I started attending state and nation-level conferences of LGBTQIA+, people scared me. They said Bajrang Dal will come and destroy your office. By God’s grace, nothing of that sort happened because our focus was clear. First, we sensitised government officials, police, media, hospitals, etc, and once we gathered support from them, we took out our first Pride march in 2015.”

Chandrani said the organisation has been receiving funds from the government and corporates. Apart from helping those who have been infected with HIV, he said they have been doing several awareness campaigns regarding safe sex, providing counselling, enabling access to medical care centres, etc. “Recently, we did Ek Madhavbaug play in Nagpur (It is a Marathi language play on homosexuality and acceptance of the gay community). We organise film festivals, carnivals, marches, parties in clubs, etc. We try to do at least one activity every four months,” he added. "No! However, there was an MLA Dr Milind Mane. We had approached him for providing medical help to the community. He immediately agreed and then we started referring him to our community members. Also, he had flagged our first Pride march and that created history given that he was a BJP MLA," said Chandrani.

Society is still not ready to accept

Even after Article 377 has been scrapped, the LGBTQIA+ community still faces discrimination in society predominantly in smaller cities, said Chandrani. “The law has been struck down, however, the people’s mindset is the same. Forget about our parents and relatives, the people from within our community are not ready to come out. When we organise private get-togethers in Nagpur, around 300-400 people come, but when it comes to Pride marches or any public events, you will find only 80-100 people,” he added. The Sarathi Trust founder said he feels that abolishing the law has helped people like him who are already out, but there is still fear of being banished among others. 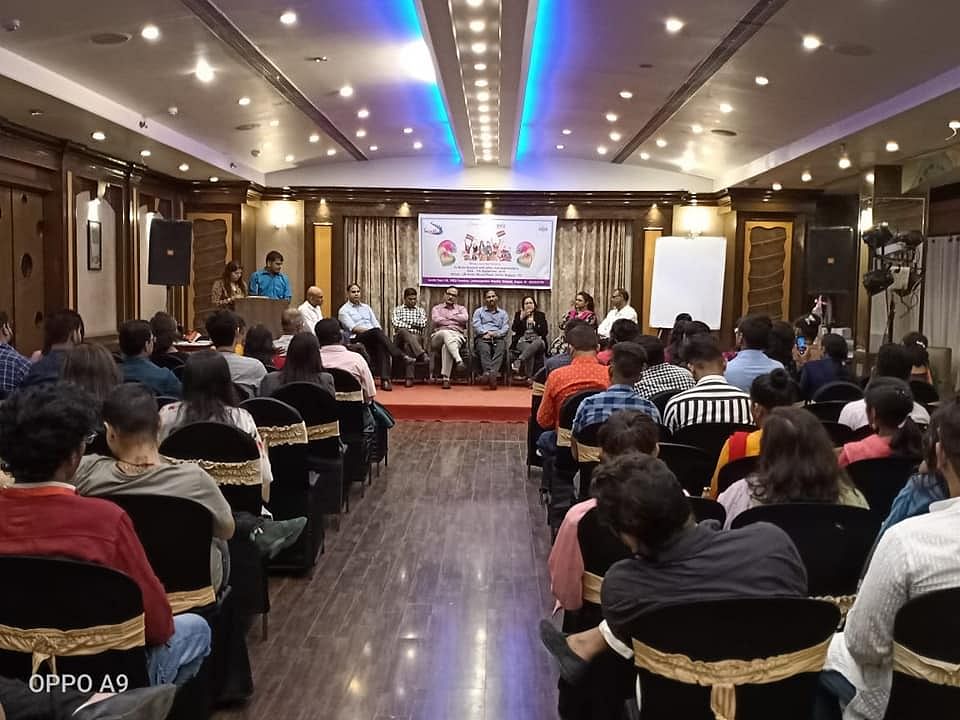 Hopeful about adoption and marriage being legalised

Chandrani said they have filed a petition in Supreme Court and the next hearing is coming up. "The current judicial system is very pro-active and positive. In the last five years, many good decisions have come from the apex court. So, we are hopeful."