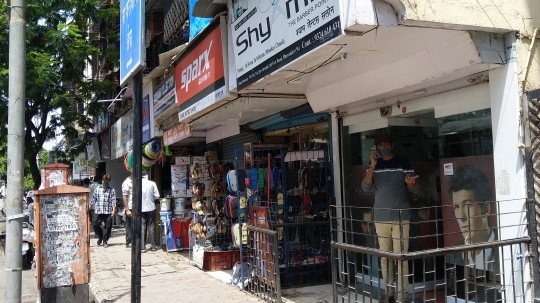 The civic body had initially imposed a 10-day lockdown on the midnight of July 3 and then extended it by another 10 days on July 14. The second lockdown was even stricter than the first one imposed by the Central government. Over-the-counter sale of groceries and milk was stopped. Only home delivery was allowed. Despite residents being given very little time, they followed the lockdown religiously. Police took action against more than 7, 000 violators. But these rigorous measures failed to contain the spread, the cases doubling during the period.

Panvel MLA Prashant Thakur said that there was no restriction on the movement of people traveling from Panvel to Mumbai. “The rise in a number of positive cases was seen due to the previous spread. Families of those who travelled to Mumbai for essential services were the worst affected. Had the civic body in Mumbai provided accommodation them in Mumbai itself, their families would not have infected,” said Thakur. He added that even under the Mission Begin Again, a number of economic activities started that led to the rise in positive cases. “Now, people need to maintain social distancing, wear masks, and not step out of home unnecessarily,” said Thakur.

Even, the civic administration claimed that the rise was due to the previous spread. “We will see the result of the lockdown in the days to come,” said a senior civic official.