Plight of dehoused Dongri residents city of inequity: Some are more equal than others

The Dongri residents of ‘illegal’ structures too should receive the same justice that was meted out to 'illegal' residents of Campa Cola, Worli.
Neeta Kolhatkar 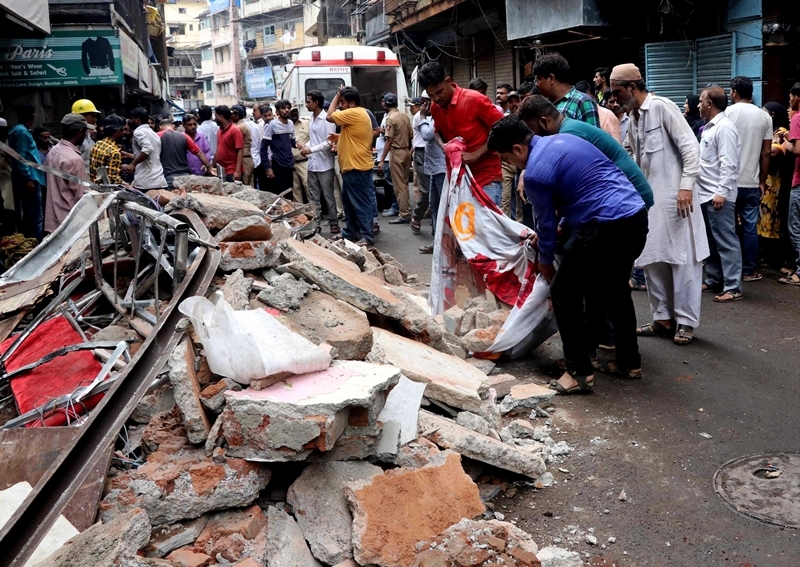 Mumbai: It seems as though the Dongri residents are being treated on a par with refugees, who are allowed to obtain ration cards, Aadhaar and are then denied the right to a decent life.

The Dongri residents of ‘illegal’ structures too should receive the same justice that was meted out to 'illegal' residents of Campa Cola, Worli, and those living on forest or government land in the distant suburbs. In this case too, surely humanitarian grounds can prevail over politics.

After the Kesarbai building collapsed on Tuesday, residents of ‘illegal’ structures in adjoining buildings were forcibly evacuated. They are now being treated worse than pariahs by the very authorities who allowed them to purchase these premises in the first place, making them de facto owners of these premises. Now, in the eyes of these very authorities, those dishoused are persona non grata.

Over decades, the families of these residents have grown, their children attend schools nearby and many have jobs in the vicinity, but all of a sudden, they have been unsettled and find themselves on the road, without a roof over their heads. Now, they are being denied rehabilitation by the authorities on the grounds of their having been residents of illegal structures.

The two main authorities, the Maharashtra Housing and Area Development Authority (MHADA) and the BrihanMumbai Municipal Corporation (BMC) have been caught napping, yet again and when rudely jolted into awakening by the tragedy, have been busy playing blame games, shirking their responsibility of providing rehabilitation to the evicted tenants.

As for the evictees, they are on the streets, with a helping hand being extended for now, by their friends, relatives and neighbours from the locality. The two main authorities are currently claiming they have no responsibility towards the evictees.

Interestingly, encroachers (read slum dwellers), are the sure-shot ballot favourites of every political party and the government, being promised free housing. Moving a few floors further from the ground, a similar view was taken of the residents of the Campa Cola compound.

The who’s who of society had then taken up the cudgels on their behalf, steered opinion in their favour and battled in the court on humanitarian grounds. Although the Bombay High Court did not grant them any relief, the apex court did.

The Supreme Court asked these residents to apply for regularisation of their structure. The BMC then slapped a penalty of Rs 50 crore for regularisation but the Bombay HC rejected this proposal. Eventually, the BMC reversed its order and Campa Cola residents continue to hold on to their property without any hindrance till date.

Then, there was the middle class, which perforce, rushed to the suburbs, only to find itself living in buildings which have been constructed on forest land. The fear of being evicted reared itself in their minds. Today, be it slums or private housing societies, all are living in the heart of the forest.

Justice Abhay Oka had struck down two draft policies of the Maharashtra government regarding the regularisation of illegal structures in the state, which are on forest land, government-owned lands and encroachments. Currently, the residents on these lands have got relief from the Supreme Court.

Which begs the question, what is the benchmark to measure illegality in this city?