Two including a father, Amit Singh Thakur(42) and his daughter Roshni Thakur(14) died during a massive landslide which was reported in Vagralpada, Rajavali in Bhoidapada, Vasai at around 6:00 am on Wednesday. Two others of the same family have been rescued and are admitted to the Evershine Hospital with head, hand, leg injuries, said Dr Manek Gursal, District Collector, Palghar.

"Around 20 jawans and 2 officers of the National Disaster Response Force(NDRF) Pune and a dog squad led by Lovely, a female Labrador are at the spot for search and rescue operations. While Vasai civic fire brigade and Valiv police are at the spot to clear the debris and helping the NDRF in rescue operations. The bodies have been sent for postmortem and its report is awaited while a case of accidental death has been registered," said a Waliv police official.

The landslide was reported early morning at around 0600 a.m.,and it was incessantly raining and we pressed the Fire Brigade and NDRF to the spot said Dr Gursal.

The dead have been identified as Amit Singh Thakur (42), daughter Roshni(14), while Vandana Singh (40) wife of Amit and son Om (12) have been rescued and admitted to the hospital, said an official. The victim Amit Thakur worked as a daily wager in a Vasai factory while Roshni was a Std X student. Vandana is a homemaker and son Om is a Std VII student.

The Mitwa Chawl located under a hillock is illegal and is occupied by North Indians and other communities who work on a daily wage basis in nearby areas.

The landslide was due to heavy illegal excavation of mud by builders' lobby and as a result, the soil loosened leading to the landslide accompanied by incessant rains. At the time of the incident the rescued persons Amit and daughter Roshni and Om were sleeping while Vandana was preparing breakfast for the family said sources.

We are waiting for the rains to stop and continue further search and rescue operations said Dr Gursal and because of heavy rains citizens are advised not to travel unless essential.

No compensation to victims

No compensation will be rendered to the 2 victims as they were staying in an illegal chawl and no medical costs will be borne by the government for the two other injured of the same family said the official.

The district administration has ordered the closure of all schools, colleges in Palghar District from 13 th to 14th July due to the red alert issued by the IMD for Palghar district. These include private, public, civic, ashramshalas, Zilla Parishad, anganwadis and other educational institutions

Maharashtra | An incident of the landslide was reported in Vasai area of Palghar district. Many people feared trapped along with houses being damaged. Two people rescued so far: Palghar Collector 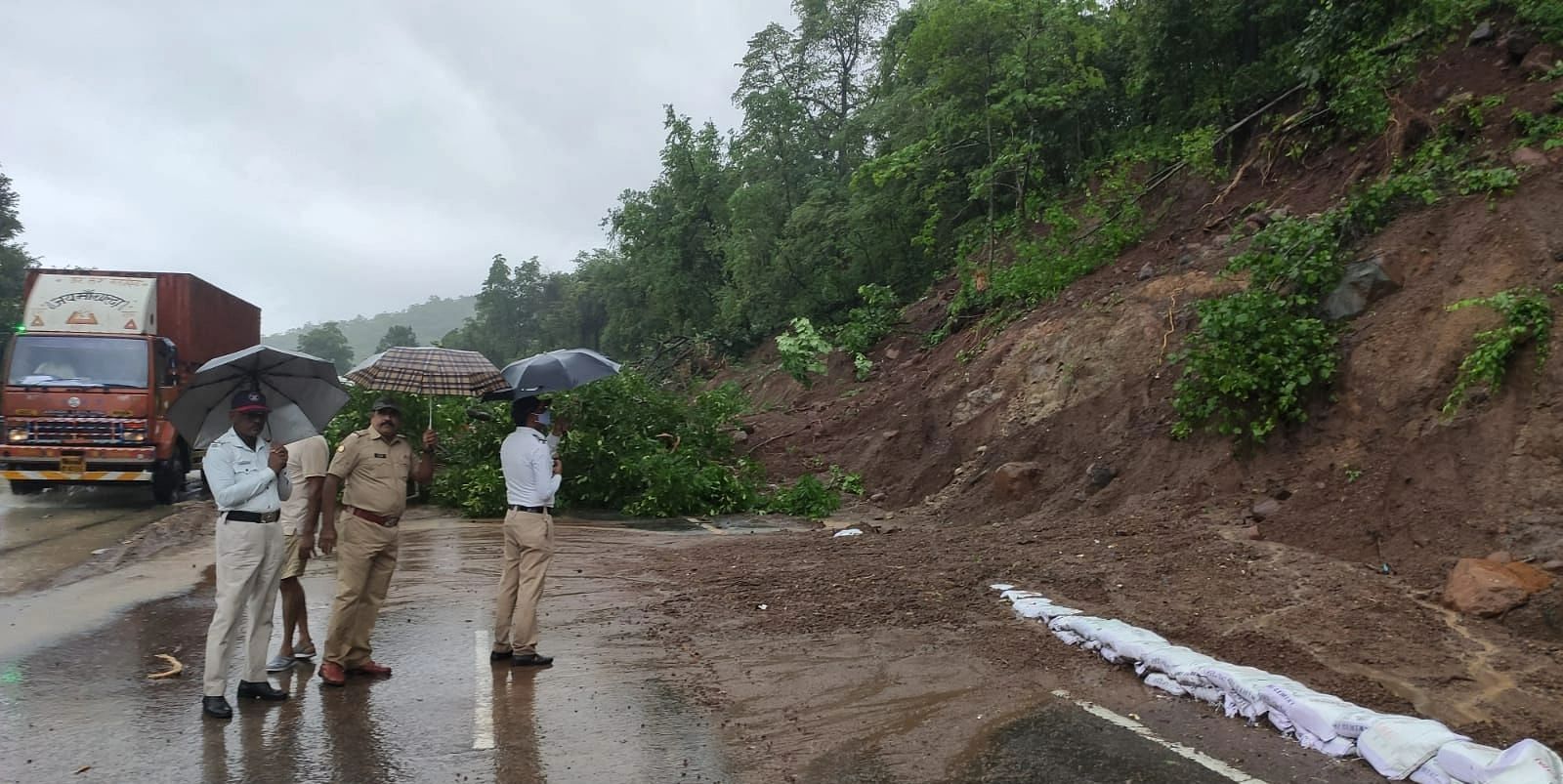