'Not rebellion but fight for Shiv Sena's self-respect': Rebel MLA Deepak Kesarkar as he pitches for 'safeguarding Hindutva and alliance with BJP'

Meanwhile, in a relief to rebel Shiv Sena MLAs in Maharashtra, the Supreme Court on Monday kept in abeyance the disqualification proceedings before the Deputy Speaker of the state Assembly till July 11.

'Not rebellion but fight for Shiv Sena's self-respect': Rebel MLA Deepak Kesarkar as he pitches for 'safeguarding Hindutva and alliance with BJP' | ANI

He also requested party chief Uddhav Thackeray to consider and make a new alliance with BJP. "BJP- Shiv Sena alliance is in line with the verdict given by the people of Maharashtra," he added.

This is not a rebellion but a fight for Shiv Sena's self-respect... I request party chief Uddhav Thackeray to consider & make a new alliance with BJP. BJP- Shiv Sena alliance is in line with the verdict given by the people of Maharashtra: Rebel Shiv Sena MLA Deepak Kesarkar pic.twitter.com/n6oymahJxQ

In a relief to rebel Shiv Sena MLAs in Maharashtra, the Supreme Court on Monday kept in abeyance the disqualification proceedings before the Deputy Speaker of the state Assembly till July 11, and also sought responses from the state government and others on their pleas questioning the legality of notices seeking their disqualification.

A vacation bench of Justices Surya Kant and J B Pardiwala also refused to pass any interim order on a vehement plea by senior advocate Devdutt Kamat, appearing for the MVA government, that in the meantime there should not be any floor test in the Assembly. The court said the state government can always approach it in case of any illegality.

Directing the Uddhav Thackeray-led Maha Vikas Aghadi (MVA) government to protect the "life, liberty, and property" of the 39 rebel Shiv Sena MLAs, headed by minister Eknath Shinde, and their family members, the top court said the rebels may file replies to the disqualification notices till 5:30 pm on July 12.

"Meanwhile as an interim measure, the time granted by the Deputy Speaker of the Assembly to the petitioners or other similarly placed Members of the Legislative Assembly to submit their written submissions up to today by 5.30 pm is extended till July 12, 2022." The top court, while posting the matter for further hearing on July 11, said it wants the status quo to continue till it balances competing claims made by rival Sena camps.

While issuing the notice to the Maharashtra Deputy Speaker, the top court directed him to put on affidavit the records of no trust notice served upon him by the rebel MLAs who have relied upon on the Nabam Rebia judgement to drive home the point that he cannot proceed with the disqualification proceedings when the resolution seeking his own removal is pending.

The top court also recorded the statement of Maharashtra's counsel that adequate steps have been taken to protect the life and property of rebel MLAs. "Counsel for the State of Maharashtra states that adequate steps have been already taken and the State Government shall further ensure that no harm is caused to the lives, liberty and properties of the 39 MLAs and their families " the court said in its order.

At the outset, senior advocate Neeraj Kishan Kaul, appearing for Shinde and other rebel MLAs, submitted that the Deputy Speaker cannot proceed with the disqualification proceedings when the resolution seeking his removal is pending.

He referred to the Constitution bench decision of the apex court in the "Nabam Rebia" case in which it was held that it would be constitutionally impermissible for a Speaker to adjudicate upon disqualification petitions under the Tenth Schedule while a notice of resolution for his own removal from the office of Speaker is pending.

At this juncture, the bench asked why the rebel Shiv Sena MLAs did not move the Bombay High Court against disqualification notice issued by the Deputy Speaker. Kaul replied that existence of Article 226 is not a constitutional bar to invoke Article 32 of Constitution to approach the top court.

Kaul claimed that the Uddhav Thackeray group is in 'minority' and 'subverting' the state machinery and attacking the houses of rebel Sena MLAs.

Kaul further submitted that the top court in its earlier decisions has said that it is impermissible for the Deputy Speaker to decide on the disqualification petition till the no-confidence motion against him is decided.

He said the "majority faction" of the Shiv Sena legislative party appointed Eknath Shinde as its chief, but the "minority" faction, which has 19 MLAs, quietly made Ajay Choudhari as their chief.

"The majority faction wrote to the Deputy Speaker about their decision. Then the rebel MLAs get a notice to report to a meeting by the minority MLAs. When the MLAs do not attend, based on the notice issued on the same day, a disqualification plea is filed." The bench asked the petitioners why did they not raise the issue of Deputy Speaker's incompetency before the Deputy Speaker himself to which Kaul responded that he proceeded with the notices despite the fact that he was informed.

"There is no reason given why your lordships should not exercise the discretion to send them to High Court," Singhvi said, adding the courts cannot intervene when the proceedings are pending before the Speaker.

Singhvi cited the landmark judgment in Kihoto Hollohan vs Zachillhu and Others (1992), in which the court upheld the sweeping discretion available to the Speaker in deciding cases of disqualification of MLAs.

"They have wrongly interpreted Nabam Rebia and presented before this Court." Singhvi said in this case media reports are rampant that these MLAs sent notice from an unverified email, and the Speaker rejected the no-confidence motion and that has not been challenged.

"The Deputy Speaker has taken on record the unverified letter and rejected it, which has to be challenged. On (May) 20th these MLAs went to Surat, on 21st they are supposed to have written this mail, on 22nd Speaker received this notice. 14 days have not elapsed." Article 179 of the Constitution requires a 14-day notice if notice for removal of Speaker is made.

Senior advocate Rajeev Dhavan, appearing for the Deputy Speaker, said there was a notice and a reply was sent but the authenticity of the notice is under question.

"It (notice) was not sent from the registered email. It was not sent to the legislative office. Deputy Speaker acts in a judicial capacity. If somebody dashes off a letter, not to the registered office, the Speaker is entitled to ask who are you." The bench then remarked, "Then it will be contradictory. If there is no valid notice, there is no question of 14 days. The issue will arise only if notice is valid." The apex court directed the respondents to file a comprehensive affidavit mentioning these aspects and issued notices to parties. Dhavan also orally assured the bench that no decision on disqualification will be taken in the meantime.

However, Singhvi requested the top court not to record a statement made on behalf of the Deputy Speaker, as it would amount to breach of division between judiciary and legislature. The bench, however, said they have to see that the petition does not become infructuous.

Eknath Shinde has moved the apex court against the disqualification notice issued by the Deputy Speaker to him and 15 other rebel legislators, calling the action "illegal and unconstitutional" and seeking a stay on it. Shinde and a sizable number of MLAs rebelled against the leadership of Chief Minister Uddhav Thackeray on June 21 and are currently put up in a luxury hotel in Guwahati in Assam. 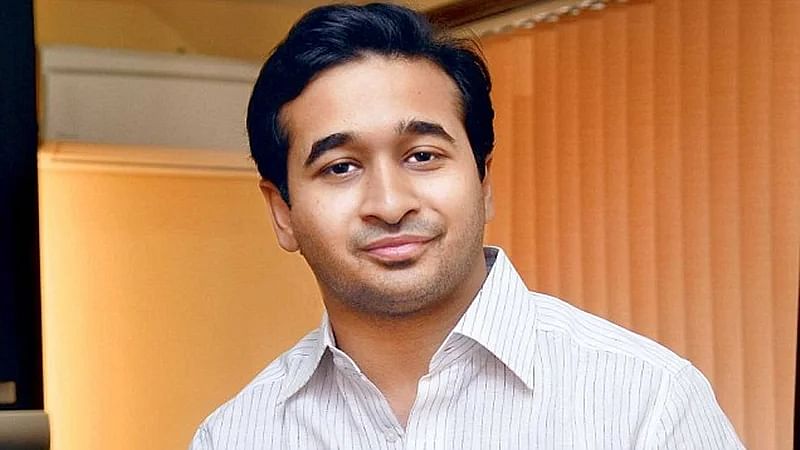 HomeMumbai'Not rebellion but fight for Shiv Sena's self-respect': Rebel MLA Deepak Kesarkar as he pitches for 'safeguarding Hindutva and alliance with BJP'