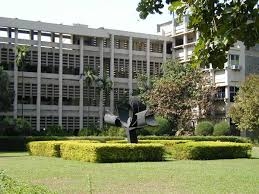 In a setback for a student from Ghaziabad, the Bombay High Court has refused to grant relief after he lost a seat at Indian Institute of Technology (IIT) Bombay for failing to make online fee payment in time due to a technical glitch in October.

A division bench of Justices SJ Kathawalla and Justice Abhay Ahuja on November 12 refused relief to Prince Jaibir Singh, saying he failed to register his grievance before the deadline. Also, the HC said he failed to follow the rules and approach the grievance redressal mechanism available to students in case of technical glitches.

The HC was hearing a petition filed by Singh contending that he secured an All India Rank of 25,894 and Scheduled Caste Rank of 864 in the JEE Advanced and was allotted the seat. His plea states that on October 29, he uploaded the required documents on a portal and tried to pay the fees for the seat the next day. However, he could not pay due to technical errors. He said he attempted to make the payment several times till the afternoon of October 31.

According to Singh, he then contacted the IIT authorities through phone and e-mail on October 31 afternoon to permit him to make the payment. But the IIT officials expressed their inability to help him.

Hence he approached the HC through advocate Jyoti Chavan seeking that the authorities be directed to accept the fees and process his admission.

Rui Rodrigues and DP Singh, advocates for the Union of India, pointed out that the entire admission process was computerised. Non-payment of seat acceptance fees in time implies a rejection of the offered seat. Following this, a candidate cannot be considered for further allocation.

Singh’s seat was then allocated to the next eligible candidate and now no vacant seat was available at IIT Bombay, said Rodrigues.

Rodrigues also cited a Supreme Court judgement which said that the courts should not issue directions to the authorities to act contrary to their rules.

The HC said Singh is a meritorious student but refused relief and observed, “The Petitioner having failed to follow the rules despite being aware of the same now cannot be heard to say that he be allowed to continue his admission and be allowed to make payment of the seat acceptance fee or that he be allotted another seat … The said rules are binding on all the participants as the candidates have entered the process by submitting to the said rules.”