No more demand for Shramik trains from migrants: Maharashtra Govt to HC

Maharashtra Govt pats own back, says it "took care" of migrants, sent them back home safely
Narsi Benwal 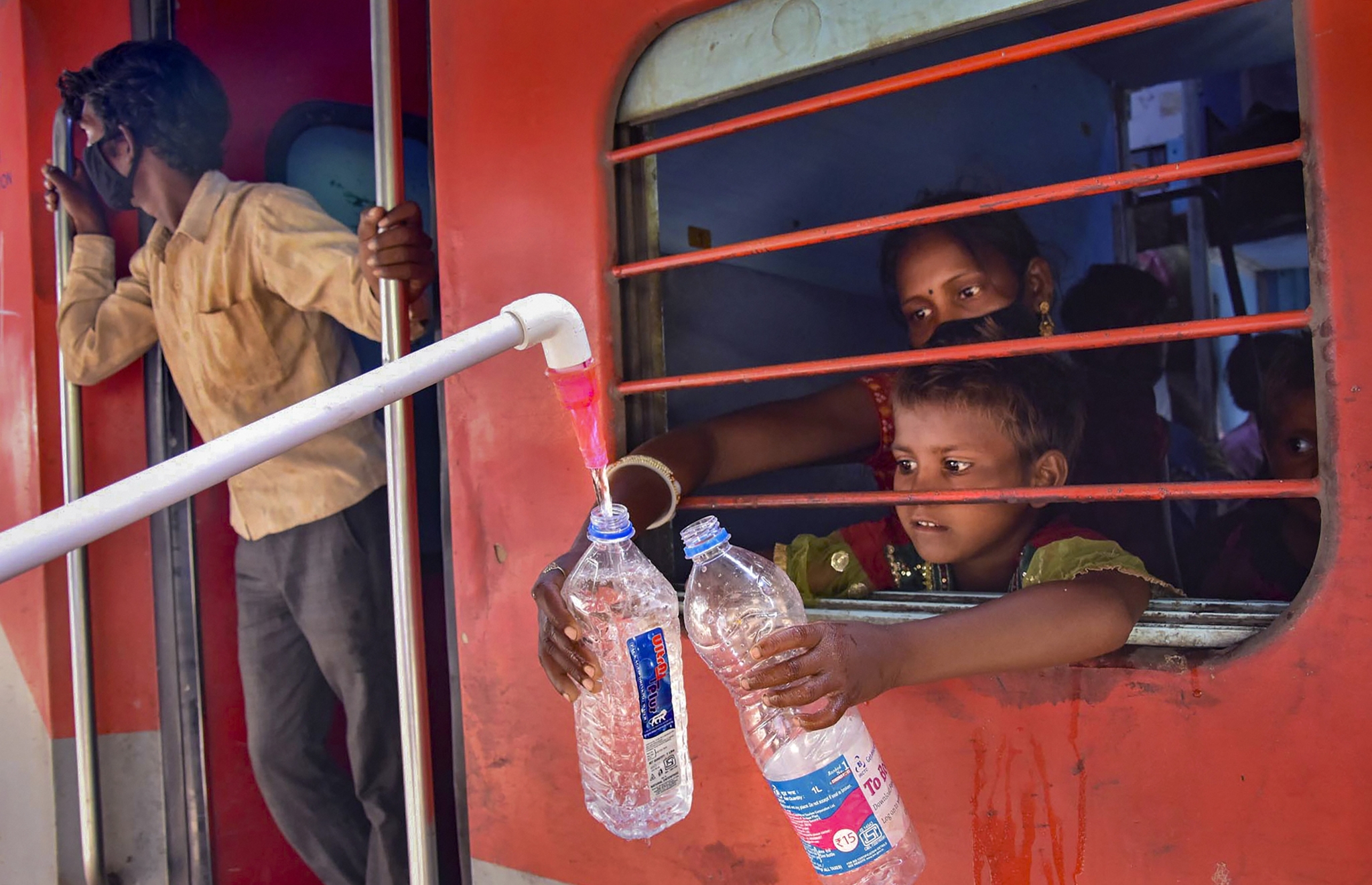 Patting its own back, the Maharashtra government on Friday told the Bombay High Court that it has taken all possible care of migrant workers stranded in the city. The government also said that at present there is no demand for the special Shramik trains from migrant workers.

A bench of Chief Justice Dipankar Datta and Justice Amjad Sayed was informed that over 11 lakh migrant workers have been "safely" sent back to their native places.

This comes in the form of an affidavit, wherein the government also refuted the allegation that migrant workers were left clueless by the police authorities as to when their applications would be processed.

The affidavit filed by Kishor Nimbalkar, secretary of disaster management, relief and rehabilitation department, also denied the allegation that migrant workers were forced to stay in "cramped and unhygienic" shelters.

The affidavit was filed in response to a petition filed by NGO Centre of Indian Trade Union (CITU) highlighting the plight of migrant workers amid the COVID-19 pandemic.

According to the affidavit, over 11,87,150 migrant workers have been sent back to their hometowns in 822 special Shramik trains.

"As far as the special Shramik trains are concerned, there is no more demand from migrant workers seeking to board one. In fact, only one such train remains, which is scheduled to depart for Manipur. However, we will arrange more such trains, as and when any further demands are received," the government stated.

Advocate General Ashutosh Kumbhkoni, pointed out that since several other trains have been allowed to resume, migrant workers are probably not dependent on such Shramik trains.

However, the contention was disputed by senior counsel Gayatri Singh, appear in for CITU. She apprised the bench of the fact that a serpentine line of workers were seen at Bandra Terminus even on June 1. She also told the judges that there are several other migrants, who seek such special trains to go back home.

Having heard Singh, CJ Datta posted the matter for further hearing on June 9, with a directive to her to file her response by then.

In its affidavit, the government clarified that the fares of all such trains ha e been borne by it through the Chief Minister's Relief Fund. "We have disbursed Rs 97.69 crore to all the district collectors for making payment of train fare of migrant workers to the Indian Railways," the affidavit read, adding, "Further, an amount of Rs 210 crore from the State Disaster Response Fund to all the district collectors have been disbursed to provide food, shelter and medical care for stranded persons, and for purchase of equipment and setting up of labs for the COVID-19 pandemic."

The affidavit further pointed out that rill April 10, the government had sanctioned setting up of over 5,000 relief camps that housed, nearly 6.66 lakh migrant workers and the numbers have come down to 37,994 till May 31. "This shows that most of the stranded labourers have returned to their native states," the government claimed.

The affidavit further goes on to state that the government authorities provided packed food and water to all the migrant workers, who boarded the Shramik trains. Also, that those found walking on roads and highways were sent to their state borders or relief camps in special buses arranged by the Maharashtra State Road Transport Corporation (MSRTC).