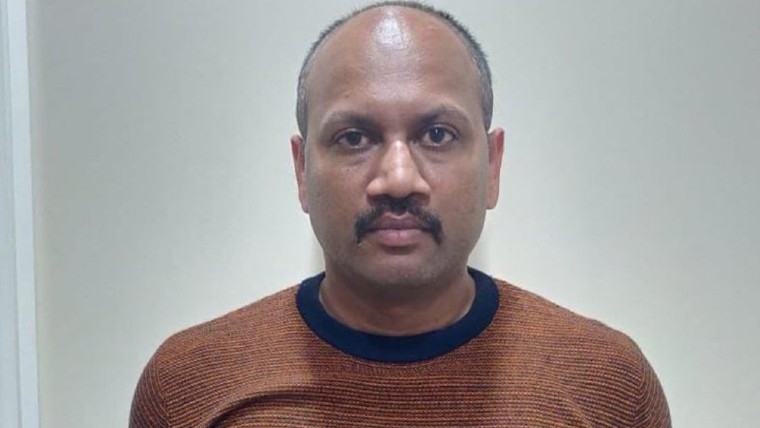 KP Gosavi, who had been absconding in a criminal offence registered by the Pune Police was on Thursday arrested by the police in Pune. Gosavi, is one of the witnesses in the case wherein the Narcotics Control Bureau (NCB) had raided a cruise ship on October 02 on receiving information that drugs were being carried at the cruise. The NCB had arrested Bollywood superstar Shah Rukh Khan's son Aryan Khan and a few others following the raid. Now that Gosavi is in the custody of police, the NCB vigilance team, which is probing the allegations made by another witness of the raid case Prabhakar Sail, is mulling over the possibility of approaching Pune police and seeking permissions to get Gosavi's statement recorded in connection with the enquiry.

"In Pune city, we had a case of cheating registered in 2018. Accordingly, the chargesheet was filed in March 2019. One of the main accused Kiran Gosavi has been absconding since then. In the recent past there were some reports and photographs coming on social media. So based on that for the last few days Pune police was searching for him at various places and we have been successful in arresting him in one of the lodges in Pune. He has travelled to Lucknow, Hyderabad, Jalgaon, Mumbai, Fatehpur, Panvel and Lonavala," said Pune Police Commissioner, Amitabh Gupta, while sharing details about Gosavi's arrest.

When asked will Pune police give custody of Gosavi to Mumbai Police or NCB, as they too have been wanting to question him in the respective enquiries initiated by them, Commissioner Gupta said, "There is no demand from any agency as of now asking for Gosavi's custody. If any other agency from Maharashtra wants they have a right to take a remand, if another sister agency asks, we will discuss with the DG."

An NCB vigilance team official, on the condition of anonymity, said that they are mulling over the possibility to approach Pune Police to seek permission to get Gosavi's statement recorded, since he will be in their custody for a few days.

The five-member vigilance team of NCB on Wednesday made enquiries with Mumbai NCB Unit Zonal Director Sameer Wankhede for about four and a half hours, in connection with the allegations levelled by Sail.

Deputy Director General, NCB, Gyaneshwar Singh, who is heading the vigilance team, on Wednesday had said that, "Tomorrow or day after, whichever day is convenient to Gosavi and Sail, they can appear before the enquiry team and they can say whatever they want to."

On Monday, NCB had ordered a vigilance enquiry into the episode wherein witness Sail had made allegations about the payoff involving Sameer Wankhede.

On Sunday, Sail, who was working as a personal bodyguard of KP Gosavi, another NCB witness in the case, had filed a notarised affidavit and claimed in the said affidavit that he had overheard Gosavi talking to one Sam over the phone and they were discussing some payoff of Rs 8 crore to Wankhede. Sail also claimed in the affidavit that he was made to sign ten blank papers in the NCB office on the day of the raid.

Sail also feared that NCB officials and other persons involved may kill me or abduct him.