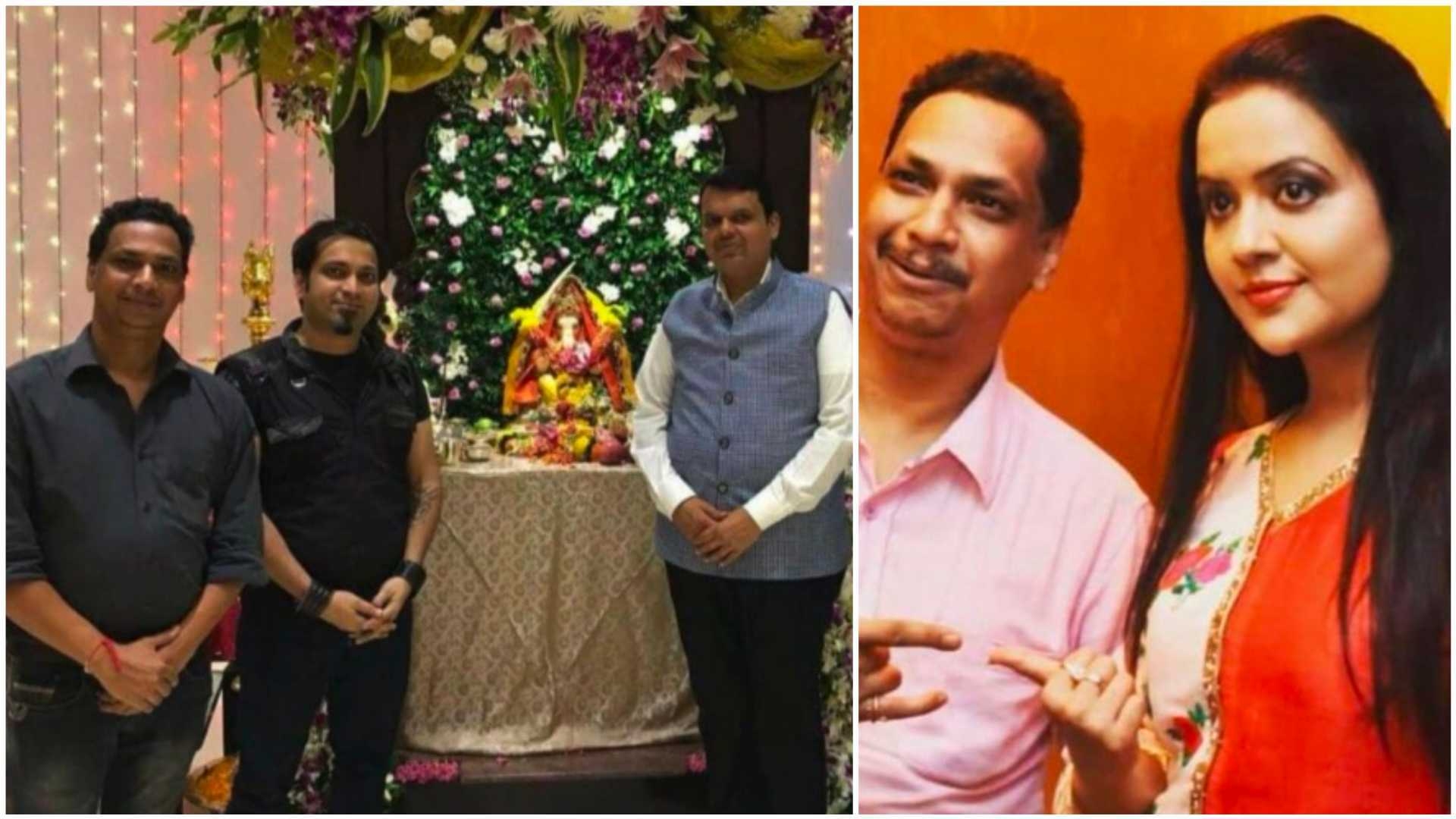 NCP’s Nawab Malik, who has been targeting the Narcotics Control Bureau (NCB) Zonal Director Sameer Wankhede all these days, attempted to turn the drugs issue on its head by accusing BJP leader and former chief minister Devendra Fadnavis of having links with the narcotics mafia. Malik on Monday tweeted a photo of a man, identified as Jaideep Rana, with Fadnavis’s wife Amruta and alleged that Rana was arrested recently by the NCB in a drug trafficking case.

Malik alleged that Rana was the “financial head” of the ‘River anthem’ that featured Fadnavis and his wife when Fadnavis was the chief minister, and demanded a CBI probe or a judicial enquiry into the matter. Before interacting with the media, Malik posted a tweet: “Chalo, aaj BJP aur drugs peddler ke rishte pe charcha karte hain.”

During his media interaction, the NCP leader said, “Jaideep Rana is in jail in connection with a drug trafficking case. He has links with former CM Devendra Fadnavis, and had financed the River Anthem, which was sung by Fadnavis’s wife Amruta. The same video also featured Fadnavis and former state finance minister Sudhir Mungantiwar. Drugs business in the state soared under Fadnavis’s tenure and I wonder if he (Fadnavis) is the mastermind of the drug mafia,” Malik alleged.

Incidentally, after Malik’s allegations, Rana’s mention as financial head of the ‘River Anthem’ video was removed from YouTube, even as Malik also tweeted a photo of Rana with Fadnavis. Malik alleged that Fadnavis was instrumental in the appointment of Sameer Wankhede in the NCB to “defame innocent people and let off actual drug mafia and peddlers”. He claimed that the BJP leader was “hatching a plot to defame opponents and supervising appointments of officers in probe agencies”.

Alleging that high-profile peddlers as well as accused such as Kashif Khan, Rishabh Sachdeva, Aamir Furniturewala, and Prateek Gabha were released, Malik said he will release photos of more peddlers who have links with the BJP.