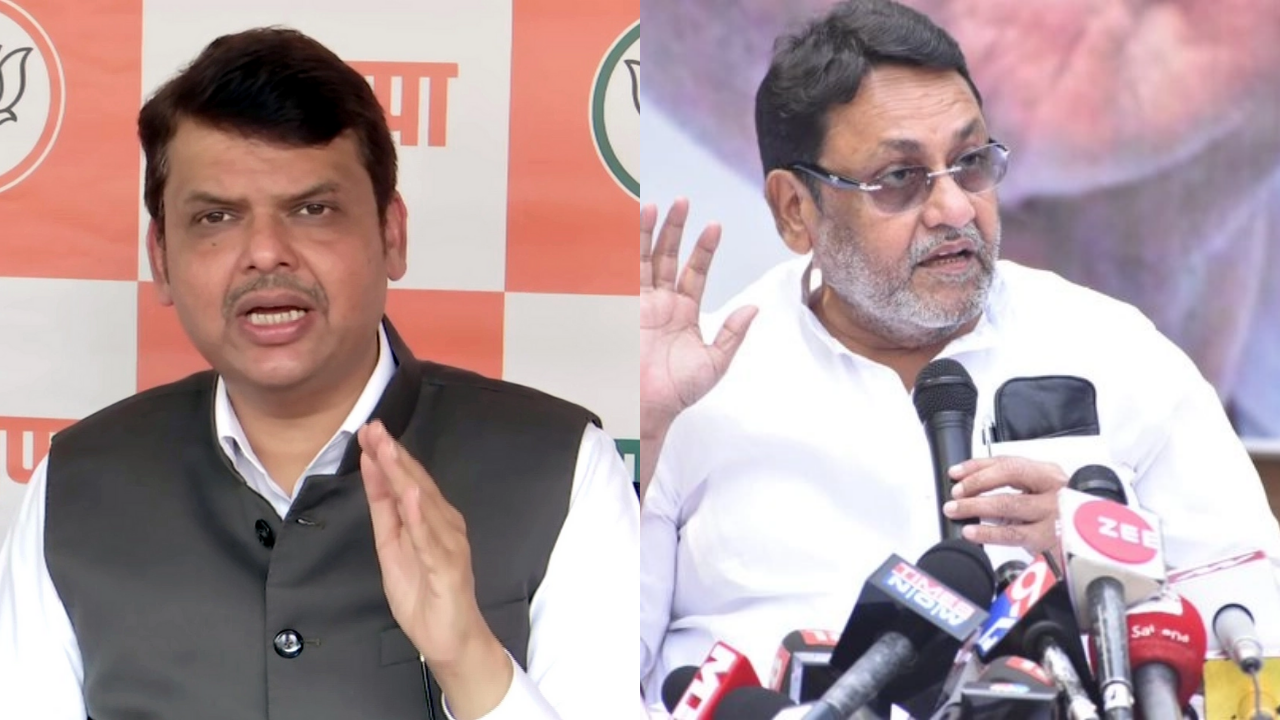 Former Maharashtra Chief Minister Devendra Fadnavis, who had declared he would drop a post-Diwali ‘bomb’ on Minority Affairs Minister and NCP chief spokesperson Nawab Malik and his alleged underworld links, released what he called ‘proofs’ of the connection. Fadnavis claimed that Malik had struck a deal with an underworld denizen who was convicted in the 1993 Mumbai blasts. He accused Malik of entering into dubious property transactions with two Bombay blast convicts.

Fadnavis claimed that Malik, through his family-owned company, Solidus Investments Pvt Limited, had bought prime property in Kurla by undervaluing the land. “The property was bought from 1993 Bombay blast convicts, Salim Patel and Sardar Shahab Ali Khan, at throwaway prices,” he said. The deal was executed between 2003 and 2005, he said.

“A prime property of 2.80 acres at LBS Marg in Kurla was bought by Solidus Investment Private Limited for a paltry Rs 30 lakh but the amount paid was only Rs 20 lakh. The signatory for the deal was Faraz Malik, son of Nawab Malik,” said Fadnavis. According to him, Malik held a high post in the company but had resigned before becoming a minister in the state government in 2019. Malik’s wife, Mehjabeen Nawab Malik, and son, Aamir Malik, are the directors of the company.

Fadnavis said Salim Patel and underworld kingpin Dawood Ibrahim’s sister Haseena Parkar ran a land-grabbing racket. She had been carrying out these activities on behalf of Dawood who was operating from Pakistan. He further added that the documents of power-of-attorney were made in the name of Salim Patel.

After the property deal and registration, the Maliks paid Rs 15 lakh to Sardar Shahwali Ali Khan and Rs 5 lakh to Mohd Salim Patel. Although the deal was for Rs 30 lakh, the actual payment transacted was only Rs 20 lakh, he said. Fadnavis alleged that property whose market rate was Rs 8,500 per square metre, was purchased by Maliks for as little as Rs 25 per square metre.

Both Sardar Shahawali Khan and Salim Patel, with whom the Maliks dealt in property, have underworld connections.

“My question is, when this deal happened you were a minister. Did you not know who Salim Patel is? Why did you buy land from convicts? And why did they sell a three-acre plot on LBS Road for Rs 30 lakh?” he asked.

Fadnavis said the Kurla land deal was just one among five such deals, which took place between 2003 and 2019. However, he noted that the details on the other four property deals between Malik and the ‘underworld’ would be submitted to the appropriate investigating agencies. “I will furnish all the documents and details to the appropriate agencies including the CBI, ED, IT and police,” he said, adding that he would provide a set of documents to NCP chief Sharad Pawar.